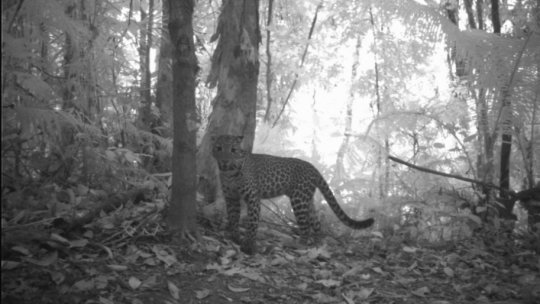 The first robust estimate of the distribution of the Javan leopard offers reliable information on where conservation efforts must be prioritized to safeguard the Indonesian island’s last remaining large carnivore. The findings were reported in the open-access journal PLOS ONE on June 27, 2018 by Hariyo Tabah Wibisono of the San Diego Zoo Institute for Conservation Research, USA, and colleagues.

The critically endangered Javan leopard (Panthera pardus melas) is one of the most threatened subspecies of leopard. Yet to date, it has received little conservation attention and its population status and distribution remain poorly known. To address this gap in knowledge, the researchers used species distribution modeling to predict the locations of suitable leopard habitats throughout Java, based on the most extensive Javan leopard occurrence dataset available.

The predictive map greatly improves those previously produced by the government of Indonesia and International Union for Conservation of Nature. For example, it adds six new priority landscapes and reveals that the leopard population spans several highly fragmented landscapes, which are far more isolated than previously thought. The study also highlights the importance of maintaining connectivity between protected areas and human-modified landscapes, because adjacent production forests and secondary forests were found to provide vital extensions for several Javan leopard subpopulations.

Wibisono adds: “With only 9% remaining suitable landscape, all priority landscapes identified in this study should be treated as critical for the long-term survival of Javan leopards. To prevent Javan leopards becoming extinct, as happened with Javan tigers, we urge the government of Indonesia and conservation partners to take immediate actions to secure the leopard’s future.”