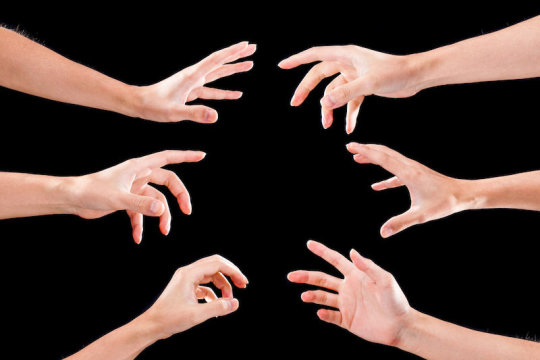 When we train the reaching for and grasping of objects, we also train our brain. In other words, this action brings about changes in the connections of a certain neuronal population in the red nucleus, a region of the midbrain. Researchers at the University of Basel’s Biozentrum have discovered this group of nerve cells in the red nucleus. They have also shown how fine motor tasks promote plastic reorganization of this brain region. The results of the study have been published recently in Nature Communications.

Simply grasping a coffee cup needs fine motor coordination with the highest precision. This required performance of the brain is an ability that can also be learned and trained. Prof. Kelly Tan’s research group at the Biozentrum, University of Basel, has investigated the red nucleus, a region of the midbrain that controls fine motor movement, and identified a new population of nerve cells which changes when fine motor coordination is trained. The more that grasping is practiced, the more the connections between the neurons of this group of nerve cells are strengthened.

The red nucleus, a little investigated region of the brain

Grasping is a skill that can be trained and improved, even in adults. For muscles to perform a movement correctly, brain commands must be transmitted through the spinal cord. The red nucleus, which, over the years, has received little attention in brain research, plays an important role in fine motor coordination. Here the brain learns new fine motor skills for grasping and stores what it has learned.

Kelly Tan’s team has now investigated the red nucleus in more detail in the mouse model and analyzed its structure and neuronal composition. “We have found that this brain region is very heterogeneous and consists of different neuron populations,” says Giorgio Rizzi, first author of the study.

Improved fine motor skills through plastic changes in the brain

The research team has characterized one of these neuron populations and demonstrated that learning new grasping movements strengthens the connections between the individual neurons. “When learning new fine motor skills, the coordination of this specific movement is optimized and stored in the brain as a code,” explains Tan. “Thus, we have been able to also demonstrate neuroplasticity in the red nucleus.”

In a further step, the team now wants to investigate the stability of these strengthened nerve cell connections in the red nucleus and find out to what extent they regress when the learned fine motor movements are not practiced. The findings could also provide new insights into the understanding of Parkinson’s disease, in which affected individuals suffer from motor disorders. The team hopes to find out whether the neuronal connections in the red nucleus have also changed in these patients and to what extent fine motor training can restrengthen the neuronal network.