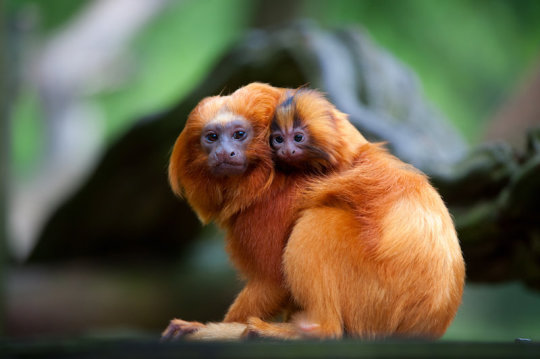 Monkeys living in South America are highly vulnerable to climate change and face an “elevated risk of extinction,” according to a new University of Stirling-led study.

The research, involving an international team of scientists, found that a large percentage of non-human primates — including monkeys, lemurs and apes — are facing substantial temperature increases and marked habitat changes over the next 30 years.

The team, led by Dr Joana Carvalho of Stirling’s Faculty of Natural Sciences, said that New World monkeys — which live primarily in tropical South America — will be particularly affected.

Dr Carvalho said: “Based on our analysis, it is clear that New World monkeys in particular can be considered highly vulnerable to projected temperature increases, consequently facing an elevated risk of extinction.”

The study looked at all 426 species of non-human primates contained within the International Union for Conservation of Nature’s (IUCN) Red List database — and examined their exposure risk to changes in climatic and land use conditions forecast for the year 2050. The authors considered the best-case scenario — slowly declining emissions, with appropriate mitigation measures put in place — and the worst-case scenario, assuming that emissions continue to increase unchecked.

The team identified key regions where future conditions will be particularly bleak for species — with New World monkeys exposed to extreme levels of warming. They said that 86 percent of Neotropical primate ranges will experience maximum temperature increases of greater than 3°C, while extreme warming — of more than 4°C — is likely to affect 41 percent of their ranges, including many areas that presently harbour the highest number of primate species.

Dr Carvalho continued: “Studies that quantify what magnitudes of warming primates are able to tolerate physiologically are lacking. However, we have reason to believe that extreme temperature increases — as those predicted based on the low mitigation scenario — would most likely surpass the thermal tolerance of many species.”

READ  Research: Can we feed 11 billion people while preventing the spread of infectious disease? --

Professor Hjalmar Kuehl, senior author of the study and primatologist at the Max Planck Institute for Evolutionary Anthropology in Germany, said: “Climate-change mitigation measures have not yet been systematically included into on-site management and strategic development of primate conservation.

“Given the timescale on which climate change and resulting impact on primate populations will occur, efforts for integrating climate change mitigation measures need to be enhanced urgently in order to be able to develop and implement appropriate actions.”

The study also suggests that anticipated changes in how humans use the land and alter existing primate habitats will exacerbate the negative effects on primate populations brought about by global warming.

According to the authors, about one quarter of Asian and African primates will face up to 50 percent agricultural crop expansion within their range, while undisturbed habitat is expected to disappear nearly entirely across species’ ranges and will be replaced by some form of human-disturbed habitat.

The authors conclude that “urgent action” is required — in relation to the implementation of climate-change mitigation measures — to avert primate extinctions on an unprecedented scale.