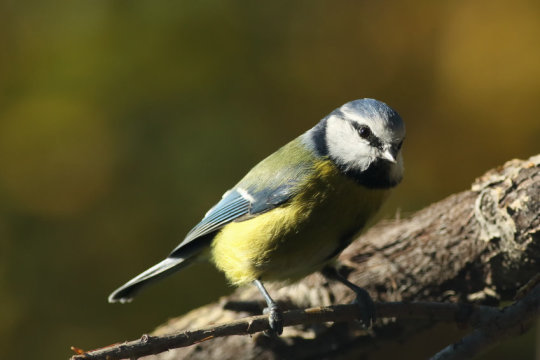 Blue tit eggs that were laid in urban parkland were 5% larger than eggs laid in a nearby forest, which could be due to differences in the amount of calcium available to birds in urban and forest environments, a study published in Frontiers in Zoology has found.

Researchers at University of Lodz investigated the difference in blue tit egg size and how many eggs were laid per clutch in an urban parkland and a forest environment ten kilometres apart. They found that in the urban environment, tits laid bigger but fewer eggs, while tits in the forest laid smaller and rounder, but more eggs.

Professor Jerzy Banbura, corresponding author of the study, said: “There is a certain difference in egg volume that you would expect from a trade-off with clutch size, which means there are either bigger eggs but fewer eggs in a clutch, or a greater number of smaller eggs, depending on the resources available to the birds. However, what is surprising about our findings is that the difference in egg volumes between the urban and forest sites went beyond the difference we expected from that trade off.”

Professor Banbura, said: “Poor availability of calcium in the forest environment we studied- for example due to smaller numbers of shelled snails — may have created a pressure of natural selection towards producing smaller eggs, more spherical eggs, so that the limited calcium was used more economically. The larger eggs and smaller clutch sizes in urban areas may reflect the greater availability of calcium in this environment.”

The researchers created two study sites in central Poland: a forest rich in caterpillars, which are the optimal food for nestlings, but poor in calcium; and another site in a park in a city without many caterpillars, but an abundance of calcium from artificial sources such as materials in park buildings and pathways, alongside a large supply of water from the gardening of plants in the park.

Professor Banbura said: “In optimal environmental conditions birds would be expected to lay eggs of the smallest possible size that still maximizes chances of survival for their young. Although producing eggs smaller than that size would be costly in terms of nestling survival — a measure for fitness — the negative effects can be overridden by parental care of nestlings, especially by adequate feeding, which may be possible if the nestling stage coincides with the time of rich food abundance.”

The authors visited the study sites daily for 12 years to record and measure the size, shape and number of eggs laid per clutch at each site. A total number of 8573 eggs from 771 complete clutches were studied.

Although the eggs laid in the different environments were different in size, all eggs were found to decrease in size over the 12-year the study period.

Professor Banbura said: “The decrease in egg size over the study period was surprising because it has often been suggested that global warming would increase egg sizes. However, global warming also causes more frequent extreme weather events, which make the environment less predictable in the short-term; this may contribute towards the decreasing trend in egg size we found.”