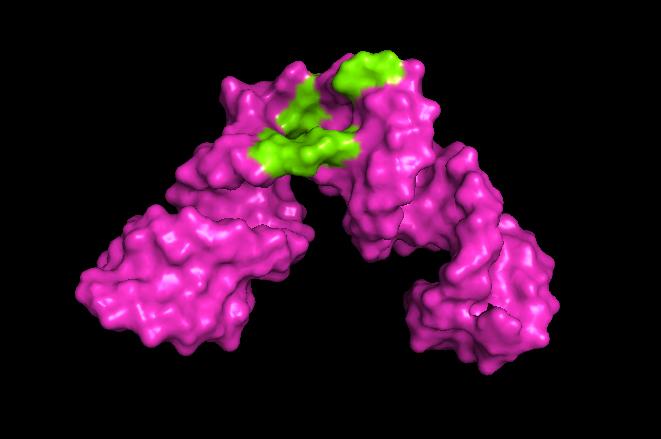 University of Maryland scientists have developed a method to determine the structures of large RNA molecules at high resolution. The method overcomes a challenge that has limited 3D analysis and imaging of RNA to only small molecules and pieces of RNA for the past 50 years.

The new method, which expands the scope of nuclear magnetic resonance (NMR) spectroscopy, will enable researchers to understand the shape and structure of RNA molecules and learn how they interact with other molecules. The insights provided by this technology could lead to targeted RNA therapeutic treatments for disease. The research paper on this work was published in the journal Science Advances on October 7, 2020.

“The field of nuclear magnetic resonance spectroscopy has been stuck looking at things that are small, say 35 RNA building blocks or nucleotides. But most of the interesting things that are biologically and medically relevant are much bigger, 100 nucleotides or more,” said Kwaku Dayie, a professor of chemistry and biochemistry at UMD and senior author of the paper. “So, being able to break down the log jam and look at things that are big is very exciting. It will allow us to peek into these molecules and see what is going on in a way we haven’t been able to do before.”

In NMR spectroscopy, scientists direct radio waves at a molecule, exciting the atoms and “lighting up” the molecule. By measuring changes in the magnetic field around the excited atoms–the nuclear magnetic resonance–scientists can reconstruct characteristics such as the shape, structure and motion of the molecule. The data this produces can then be used to generate images, much like MRI images seen in medicine.

Ordinarily, NMR signals from the many atoms in a biological molecule such as RNA overlap with each other, making analysis very difficult. However, in the 1970s, scientists learned to biochemically engineer RNA molecules to work better with NMR by replacing the hydrogen atoms with magnetically active fluorine atoms. In relatively small molecules of RNA consisting of 35 or fewer nucleotides, the fluorine atoms light up readily when hit with radio waves and remain excited long enough for high-resolution analysis. But as RNA molecules get larger, the fluorine atoms light up only briefly, then quickly lose their signal. This has prevented high-resolution 3D analysis of larger RNA molecules.

Previous work by others had shown that fluorine continued to produce a strong signal when it was next to a carbon atom containing six protons and seven neutrons (C-13). So, Dayie and his team developed a relatively easy method to change the naturally occurring C-12 in RNA (which has 6 protons and 6 neutrons) to C-13 and install a fluorine atom (F-19) directly next to it.

Dayie and his team first demonstrated that their method could produce data and images equal to current methods by applying it to pieces of RNA from HIV containing 30 nucleotides, which had been previously imaged. They then applied their method to pieces of Hepatitis B RNA containing 61 nucleotides–nearly double the size of previous NMR spectroscopy possible for RNA.

Their method enabled the researchers to identify sites on the hepatitis B RNA where small molecules bind and interact with the RNA. That could be useful for understanding the effect of potential therapeutic drugs. The next step for the researchers is to analyze even larger RNA molecules.

“This work allows us to expand what can be brought into focus,” Dayie said. “Our calculations tell us that, in theory, we can look at really big things, like a part of the ribosome, which is the molecular machine that synthesizes proteins inside cells.”

By understanding the shape and structure of a molecule, scientists can better understand its function and how it interacts with its environment. What’s more, this technology will enable scientists to see the 3D structure as it changes, because RNA molecules in particular change shape frequently. This knowledge is key to developing therapeutics that narrowly target disease-specific molecules without affecting healthy cell functions.

“The hope is that if researchers know the nooks and crannies in a molecule that is dysfunctional, then they can design drugs that fill the nooks and crannies to take it out of commission,” Dayie said. “And if we can follow these molecules as they change shape and structure, then their response to potential drugs will be a little bit more predictable, and designing drugs that are effective can be more efficient.”

This work was supported by the National Science Foundation (Award No. DBI1040158) and the National Institutes of Health (Award No. U54AI50470). The content of this article does not necessarily reflect the views of these organizations.