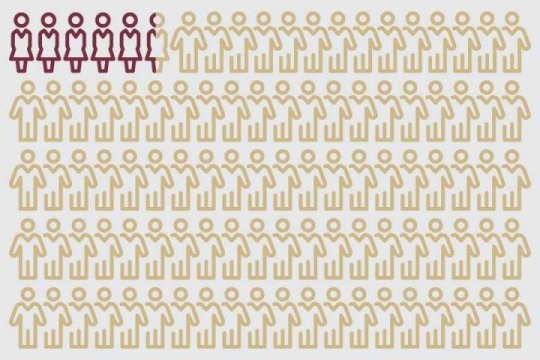 Women CEOs in America are paid less, have shorter tenures and their companies are punished in the stock market, even when their firms are just as profitable as those run by men, according to new research from Florida State University.

In addition, women CEOs are less likely to serve as board chair of their companies, and they have a much tougher time landing the top job because there is significantly less demand for their leadership compared to men.

“This research should be eye-opening to people, and I hope they take a closer look,” said Michael Holmes, FSU’s Jim Moran Associate Professor of Strategic Management. “We hope this sets the record straight on past research, some of which has produced conflicting results, and now people can build on this aggregation of findings.”

To set the record straight, Holmes and Assistant Professor of Management Gang Wang conducted an exhaustive study focusing on the influence of gender on CEOs’ careers. The business management experts conducted a meta-analysis, examining the entire body of research completed over decades, and they pored over 158 previous studies that investigated gender, companies’ hiring choices and the impact of those decisions.

One of the key findings in that body of research reveals an extreme underrepresentation of women CEOs. Only 5.4 percent of Fortune 500 companies had female CEOs in 2017, and that figure was the all-time high in the United States.

“The situation for women leaders is probably worse than you think right now,” Holmes said. “Many women who become CEOs are absolute rock stars. They have graduated from elite schools and risen through the corporate ranks faster, but they get paid less, are less likely to be a firm’s board chair, have shorter tenures in the job and are more likely to lead distressed firms. We wondered, ‘What’s going on here?'”

That question prompted Wang and Holmes to embark on a two-and-a-half-year research project — the results were just published in the journal Organizational Behavior and Human Decision Processes. The study identifies a number of factors that hinder female CEOs and CEO candidates among stock market investors, corporate boards, managers, and more generally, across American culture.

Wang and Holmes grouped those factors into two basic marketplace forces: demand-side and supply-side influences that combined to stifle women’s ability to get CEO jobs.

Demand-side factors reduce demand for female CEOs by limiting the willingness of companies to hire women for the job. One example of that attitude is known as “in-group favoritism,” a phenomenon that causes people to view others who are similar to them as more competent. In the corporate world, where men dominate leadership jobs and company boards, that attitude means leaders tend to hire people like themselves.

The FSU research also notes the hiring process for CEOs can be influenced by gender-role stereotypes. In American culture, as well as many countries worldwide, the perceived traits of a good leader, such as aggressiveness and risk-taking, are generally seen as masculine qualities.

“Because of that bias, men have advantages obtaining and succeeding in leadership positions, while women leaders are more likely to be disliked and viewed as socially inept, due to the perceived role incongruity,” the researchers wrote in the paper.

The other marketplace force influencing corporate hiring decisions, according to Wang and Holmes, is a supply-side issue. They report more women choose to leave the workforce for a variety of reasons, including family changes, lack of career advancement or perhaps outright discrimination.

In addition, the study points to a larger sociological influence on hiring CEOs. Men are socialized from childhood to display traits associated with leadership — being forceful, aggressive, even pugnacious — and those characteristics are generally less common among women, Holmes said, perhaps because women are raised differently.

“Females are more likely socialized to care for the home or be nurturing,” he said. “Men start to develop characteristics that might help them become a CEO early in childhood, whereas fewer women do. That reduces the supply of female candidates for CEO jobs.”

Wang and Holmes also documented a clear bias in the stock market against women CEOs. When they used accounting metrics to compare companies with similar financial results, for example, profits, firms run by women CEOs experienced worse stock performance than those led by men.

Wang and Holmes wrote that investors and stock market analysts, most of whom are men, likely had less direct experience with women CEOs, were influenced by in-group favoritism and gender-role stereotypes, and saw more women opting out of careers. As a result, the researchers concluded those factors prompted many investors to treat the stocks of companies led by women more harshly.

“Women have come a long way in the workforce in terms of their overall numbers and acceptance, but when it comes to stock market investors evaluating a CEO and a company that they don’t know, I think investors may subconsciously discount that firm because the leader is female versus male,” Holmes said. “It seems when investors take an overall look at firms, biases creep in, and people may not even be aware of them.”

The research team hopes future studies focus on ways to reduce biases resulting from demand-side and supply-side forces. They believe too many women either have been pushed out of careers or opted out because they faced an uneven playing field.

Their research provides practical ideas for young women who hope to become a CEO someday, such as pursuing early and fast promotions because, as their research shows, women who do break through to become CEOs are often younger with fewer years of experience than men.

“These women have earned their place at the top,” Holmes said. “But the data shows things are different for women — the workforce does not offer a level playing field.

“I hope when people read the research, they have some ‘aha’ moments with the findings, as well as the explanations. By showing these firms perform the same as companies led by male CEOs, let’s get beyond the idea that women can’t be good leaders. Clearly, they are good leaders. They often just aren’t rewarded equally.”