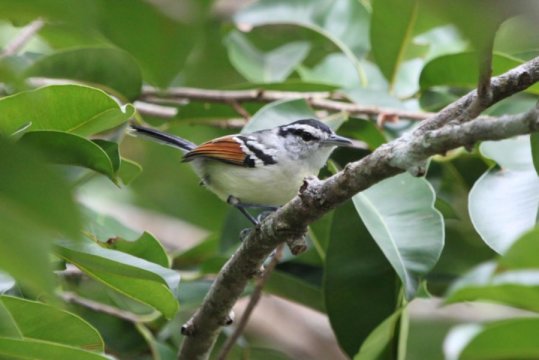 Tropical forests are rich in carbon and biodiversity. As the world seeks to curb human-induced climate change, will protecting the carbon of tropical forests also ensure the survival of their species?

A study published today in the leading journal Nature Climate Change suggests the answer to this question is far from straightforward.

Investments designed to prevent massive carbon losses from the world’s tropical forests are likely to be least effective for biodiversity in the most ecologically valuable forests, according to research by an international team, led by scientists from Lancaster University’s Environment Centre (UK) and The Brazilian Agricultural Research Corporation (EMBRAPA).

“Securing tropical forest carbon should remain a central conservation objective,” said Dr. Gareth Lennox, co-lead author of the study and a Senior Research Associate at Lancaster University. “Not only will this slow climate change but it also has the potential to safeguard the unique and irreplaceable wildlife that inhabits these ecosystems. However, to ensure that those species survive, biodiversity needs to be treated as a priority — alongside carbon — of conservation efforts.”

The global importance of tropical forests

Tropical forests store more than a third of the world’s land carbon. When released to the atmosphere by humans, through forest disturbances — such as logging and fires — and deforestation, this carbon exacerbates global warming.

Protecting tropical forest carbon is therefore a key aim of international initiatives to blunt climate change and has attracted tens of billions of dollars of financing.

Tropical forests are also the world’s most biodiverse ecosystems, harbouring more than two-thirds of Earth’s land species, but the implications for biodiversity of investments focused only on protecting carbon stocks have until now remained unclear.

The relationship between carbon and biodiversity

The international team, comprised of scientists from Brazil, Europe and Australia, spent 18 months measuring the carbon content and species richness of plants, birds and dung beetles in 234 tropical forests in the Brazilian Amazon.

In a scientific first, they assessed carbon and biodiversity levels in forests spanning the range of human impacts, from those minimally disturbed to those recovering after complete clearance of vegetation.

Using these unprecedented data, the team found that more carbon meant more biodiversity in severely damaged forests, as anticipated. Contrary to expectations, however, where human impacts were less intense, increasing amounts of carbon did not come with more species.

Co-lead author Dr. Joice Ferreira from EMBRAPA outlined the significance of these findings: “The changing relationship between carbon and biodiversity across forests that have suffered different kinds of human disturbances explain our findings. As cleared and highly disturbed sites recover from the effects of agricultural use and severe wildfires, biodiversity also recovers. However, this linkage between carbon and biodiversity breaks down mid-recovery. The result: Forests with the greatest carbon content do not necessarily house the most species, meaning carbon-focused conservation can miss large swathes of tropical forest biodiversity.”

Focusing on both biodiversity and carbon

Alongside these more alarming findings, the study offered hope for aligning carbon and biodiversity conservation efforts. “Although trade-offs are inevitable, conflicts between carbon and biodiversity can be reduced by more integrated planning,” said Dr. Toby Gardner, Senior Research Fellow at the Stockholm Environment Institute and study co-author. “By considering carbon and biodiversity together, we found, for example, that the number of large tree species that can be protected can be increased by up to 15% relative to a carbon-only approach for just a 1% reduction in carbon coverage.”

While promising remote sensing tools are being developed to measure forest carbon, increasing biodiversity protection through carbon investments is only possible with extensive field monitoring. Yet, in Brazil, progress in this area is sorely lacking. Joice Ferreira described the situation, “As a megadiverse country, Brazil needs additional, integrated mechanisms to guarantee comprehensive monitoring of its biodiversity. Unfortunately, with government actions reducing scientific capacity and environmental protection, we are witnessing the exact opposite.”

Ultimately, curbing climate change requires the safeguarding of biodiversity. Co-author Professor Jos Barlow from Lancaster University explained why, “Biodiversity and climate change are inextricably linked in tropical forests. A warming climate and changing rainfall patterns will lead to the extinction of many tropical species, while it is within tropical biodiversity itself that forest carbon resides. Species-poor forests will eventually become carbon-poor. Therefore, tackling the climate crisis requires that both tropical forest carbon and tropical forest species are protected together.”