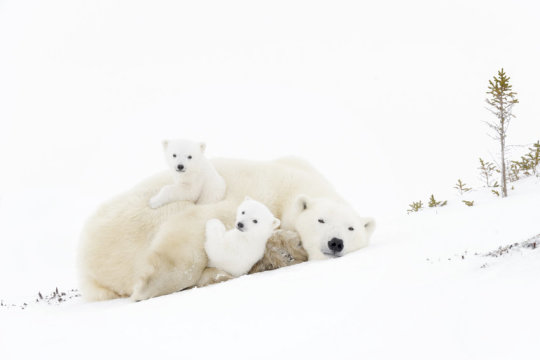 Just about any news story about the Endangered Species Act includes a prominent mention of the controversy around the 45-year-old law.

But when you ask ordinary Americans about the act they’re mostly supportive, according to survey data reported in a new study led by Jeremy Bruskotter of The Ohio State University.

Roughly four out of five Americans support the act, and only one in 10 oppose it, found a survey of 1,287 Americans. Support has remained stable for the past two decades, the researchers report in the journal Conservation Letters.

“Every time the ESA is in the news, you hear about how controversial it is. But the three most recent studies show that, on average, approximately 83 percent of the public supports it, and that’s sort of the opposite of controversial,” Bruskotter said.

Survey respondents who identified with a range of eight interest groups — including hunters and property-rights advocates — were all at least 68 percent supportive, the study found. And support was consistent throughout various regions of the United States.

About 74 percent of conservatives, 77 percent of moderates and 90 percent of liberals said they supported the act.

The highest percentage of active opposition to the act was found in the property rights advocates group — 21 percent said they’re against it.

Bruskotter, an associate professor of environment and natural resources and a conservation policy expert, said he suspected the public’s impression of the Endangered Species Act might not align with the perspective of business and political interests debating its future and seeking to roll back its reach.

“Scholars, the media and others keep talking about how controversial the act is and we wanted to know whether that was really true in the population at large,” he said.

It’s indisputable that the Endangered Species Act — which is designed to protect and restore animals, plants, insects and fish at risk of extinction — is under fire in Washington, D.C., Bruskotter said.

“In the 1990s and 2000s, a typical year saw roughly five attempts to amend the act or curtail its protections. But from 2011 to 2015, there were about 33 legislative attacks per year — and there have been almost 150 in the last two years alone,” Bruskotter said.

“I don’t think at any time, maybe since the act was passed, have there been this many members of Congress working in direct opposition to the act, but that doesn’t mean that they’re acting in the interests of the people they represent,” he said.

Bruskotter and his colleagues looked at data from a 2014 online survey sent to a sample of the U.S. general public, and census data, to conduct their analysis.

Interest groups included in the study were environmentalists, animal rights advocates, conservationists, wildlife advocates, gun rights advocates, farmers and ranchers, hunters and property rights advocates. Survey respondents were linked to a group if they identified with its mission — they didn’t have to be directly tied to a particular organization.

Bruskotter said he’d like elected officials and others in policy-making positions to consider what the vast majority of Americans think about existing protections and to not let vocal minorities drown out the will of the American people.

“Government should be responsive to its citizens, but our research suggests that is not how government is working, at least not when it comes to environmental policy,” he said.

“The Endangered Species Act is a genuine point of American pride; it’s considered one of the best laws in the world for conserving biodiversity,” Vucetich said. “So why don’t our representatives represent us?”

Materials provided by Ohio State University. Original written by Misti Crane. Note: Content may be edited for style and length.