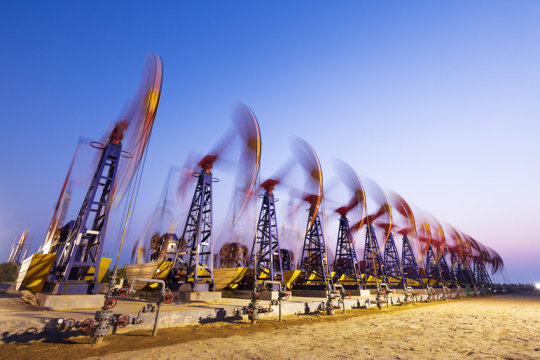 Climate lobbying is big business. A new analysis shows that between 2000 and 2016, lobbyists spent more than two billion dollars on influencing relevant legislation in the US Congress. Unsurprisingly, sectors that could be negatively affected by bills limiting carbon emissions, such as the electrical utilities sector, fossil fuel companies and transportation corporations had the deepest pockets. Their lobbying efforts dwarfed those of environmental organizations, the renewable energy industry and volunteer groups. These results are published in Springer’s journal Climatic Change in a study led by Robert J. Brulle of Drexel University in the US.

Brulle analyzed data from mandatory lobbying reports made available on the website Open Secrets. In his study, he calculated that the two billion dollars spent between 2000 and 2016 on climate-related issues actually only amounted to 3.9 per cent of the 53,5 billion dollars spent over the same period on lobbying on other issues in the US.

The study also showed that the amount spent on climate change lobbying varied depending on the timing of proposed legislation and congressional hearings. Only about 50 million dollars (about 2 per cent of total lobbying) was spent between 2000 and 2006. But expenditure increased significantly in the following years, peaking in 2009 at 362 million dollars — 9 per cent of the total spent on lobbying for that year. Following a slight decrease in 2010, climate petitioning efforts dropped dramatically to around 3 per cent of overall lobbying efforts after 2011.

The sector that spent the most on climate change lobbying was the electrical utilities sector, at 554 million dollars (26,4 per cent of all climate change lobbying expenditure) over the 16-year period studied. The fossil fuel sector spent 370 million dollars and the transportation sector spent 252 million dollars during this time. In contrast, the efforts of environmental organizations and the renewable energy sector each only constituted about 3 per cent of climate lobbying expenditures. This was significantly overshadowed by the spending of the sectors engaged in the supply and use of fossil fuels by a ratio of 10:1.

“The vast majority of climate lobbying expenditure came from sectors that would be highly impacted by climate legislation,” Brulle explains. “The spending of environmental groups and the renewable energy sector was eclipsed by the spending of the electrical utilities, fossil fuel, and transportation sectors.”

Brulle says that this has important implications for the fate, outcome and nature of future climate legislation, which is largely determined by intra-sector and inter-industry competition. He says that the activities of environmental organizations and non-profit organizations often constitute one-time, short-term mobilization efforts. This is a shortcoming, given the vast expenditures and continuous presence of professional lobbyists.

“Lobbying is conducted away from the public eye. There is no open debate or refutation of viewpoints offered by professional lobbyists meeting in private with government officials,” explains Brulle. “Control over the nature and flow of information to government decision-makers can be significantly altered by the lobbying process and creates a situation of systematically distorted communication. This process may limit the communication of accurate scientific information in the decision-making process.”