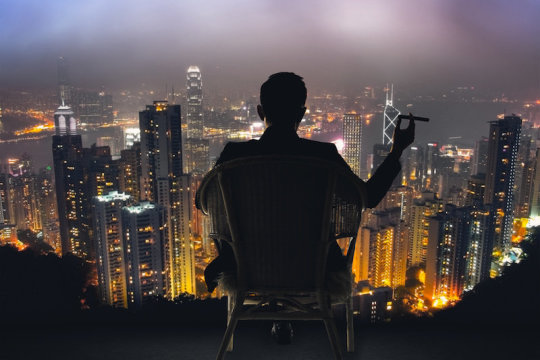 People who see themselves as being in a higher social class may tend to have an exaggerated belief that they are more adept than their equally capable lower-class counterparts, and that overconfidence can often be misinterpreted by others as greater competence in important situations, such as job interviews, according to research published by the American Psychological Association.

“Advantages beget advantages. Those who are born in upper-class echelons are likely to remain in the upper class, and high-earning entrepreneurs disproportionately originate from highly educated, well-to-do families,” said Peter Belmi, PhD, of the University of Virginia and lead author of the study. “Our research suggests that social class shapes the attitudes that people hold about their abilities and that, in turn, has important implications for how class hierarchies perpetuate from one generation to the next.”

The study was published in the Journal of Personality and Social Psychology.

Belmi and his colleagues conducted a series of four investigations looking at the connection between social class and overconfidence and how that might affect others’ perceptions of a person’s competence. The largest involved more than 150,000 small business owners in Mexico who were applying for loans. To measure social class, the researchers obtained information about these applicants’ income, education level and perceived standing in society as part of the application process.

Applicants were also required to complete a psychological assessment that would be used to assess their credit worthiness. Part of that included a flashcard game, a cognitive test where participants are shown an image that goes away after they press a key and is replaced by a second image. They then have to determine whether the second image matches the first. After completing 20 trials, applicants were asked to indicate how they performed in comparison with others on a scale of 1 to 100.

When the researchers compared the actual scores with applicants’ predictions, they found that people with more education, more income and a higher perceived social class had an exaggerated belief that they would perform better than others, compared with their lower-class counterparts.

For the final investigation, the researchers recruited 236 undergraduate students, had each answer a 15-item trivia quiz and asked them to predict how they fared compared with others. They also asked them to rate their social class and for their families’ income and their mothers’ and fathers’ education levels. A week later, the students were brought back to the lab for a videotaped mock hiring interview. More than 900 judges, recruited online, each watched one of the videos and rated their impression of the applicant’s competence.

Once again, the researchers found students from a higher social class tended to be more overconfident, but they also discovered that this overconfidence was misinterpreted by the judges who watched their videos as greater competence.

“Individuals with relatively high social class were more overconfident, which in turn was associated with being perceived as more competent and ultimately more hirable, even though, on average, they were no better at the trivia test than their lower-class counterparts,” said Belmi.

The overconfidence effect may be partially due to differences in values between the middle and working classes, according to Belmi.

“In the middle class, people are socialized to differentiate themselves from others, to express what they think and feel and to confidently express their ideas and opinions, even when they lack accurate knowledge. By contrast, working-class people are socialized to embrace the values of humility, authenticity and knowing your place in the hierarchy,” he said. “These findings challenge the widely held belief that everybody thinks they are better than the average. Our results suggest that this type of thinking might be more prevalent among the middle and upper classes.”

The findings join a growing body of research on why class-based hierarchies continue to persist generation after generation, according to Belmi.

“Our results suggest that finding solutions to mitigate class inequalities may require a focus on subtle and seemingly harmless human tendencies,” he said. “Although people may be well meaning, these inequalities will continue to perpetuate if people do not correct for their natural human tendency to conflate impressions of confidence with evidence of ability.”