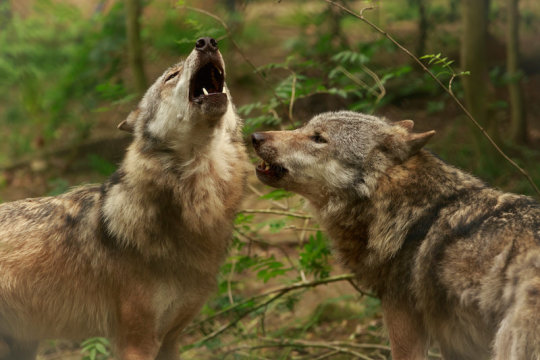 The current return of wolves to human-dominated landscapes poses a major challenge for the protection of this species, says conservation biologist and private lecturer (PD) Dr. Marco Heurich from the University of Freiburg. He emphasizes that conflicts arise around the conservation of wolves in these landscapes due to farm animal slaughter, competition with hunters and human protection. The question of how humans can coexist with predators triggers a strong emotional debate.

Based on these observations, a team of scientists led by Dr. Dries Kuijper from the Mammal Research Institute of the Polish Academy of Sciences in Białowieża, Poland, analyzed the existing knowledge on how to deal with large carnivores living in the wild in Europe and other parts of the world. The aim was to enable an objective, scientifically sound discussion of various scenarios of wolf management. The researchers have presented their results in the current issue of the scientific journal Biological Conservation.

According to the scientists, the control of wolf populations, which is often advocated in other countries outside the European Union, is in clear contradiction to current European legislation. In addition, several studies show that control of populations by hunting does not resolve conflicts and can even lead to problems between humans and animals. Fencing in the areas where wolves live is a common tool in other parts of the world for the containment of predators. But even that, according to the researchers, is not practicable in the highly fragmented European landscapes to the extent necessary to maintain a healthy wolf population. In addition, large-scale fencing has a negative impact on other wildlife, leading to fragmentation of habitats. However, the scientists claim smaller electric fences are effective in excluding wolves from high-conflict areas with a high density of livestock.

From a legal standpoint, the least problematic situation is when no preventive measures are taken against the wolves, but farm animals are protected and compensation is paid for any damage caused. The team around Heurich assumes, however, that the conflicts between humans and wolves will become more frequent as wolf populations grow. In addition to protecting farm animals with electric fences or guard dogs, for example, the researchers recommend strengthening the natural population of ungulates such as deer and red deer in order to prevent conflicts.

In addition, the scientists suggest influencing wolf behavior and working towards proper human behavior. The use of so-called deterrence measures, i.e. negative conditioning, is intended to ensure that animals avoid humans. At the same time, however, people must learn to have respect for animals. In this way a meeting of wolves with farm animals and humans can be avoided. However, the Freiburg scientists explain that so far the only experience gathered for this method stems from the Yellowstone National Park in the US, so that its suitability for Central Europe must first be investigated.

Finally, Heurich and his colleagues stress that an important aspect of wolf management is to provide the public with a balanced view of the wolves: “People must be convinced of the ecological value that the return of the wolves has. It is necessary to show that these animals pose a very low risk to human safety. However, we must not forget that wolves are large predators who demand respect.”