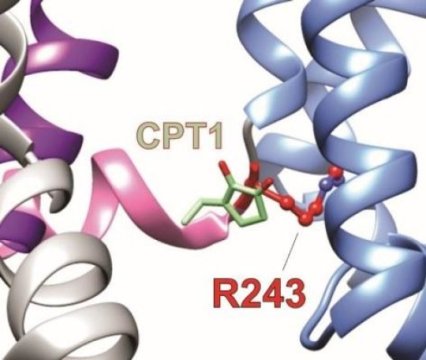 Researchers in the Department of Physiology & Biophysics at the University of California, Irvine School of Medicine have discovered the molecular basis for therapeutic actions of an African folk medicine used to treat a variety of illnesses and disorders including diabetes, pain, headaches, paralysis and epilepsy.

The herbal medicine, a leaf extract from the shrub Mallotus oppositifolius, has been used across Africa for centuries. Until now, the molecular mechanism was not completely understood. The discovery, published in Science Advances, found that two components of the Mallotus leaf extract bind to a previously unrecognized binding site on KCNQ1, a potassium channel essential for controlling electrical activity in many human organs, including the heart, kidneys, gastrointestinal tract, thyroid and pancreas.

“Plants are a rich source of compounds that modulate ion channels. We discovered the compounds from the African folk medicine actually bind to a novel site, positioned between the channel pore and its voltage sensor. In addition, we found one of the compounds is of a chemical class previously not recognized as a KCNQ channel opener. These dual discoveries may facilitate future development of safer, more effective drugs.”

The UCI research team, comprising Angele De Silva, BS, postdoctoral fellow Rían Manville, PhD, and principal investigator Geoffrey Abbott, MSc, PhD, screened individual compounds from the Mallotus leaf extract for KCNQ1 opening activity, confirming one previously known channel activator and discovering one entirely new activator. They then used computer modeling to identify the binding site for these drugs on KCNQ1, and confirmed this previously unrecognized site using functional studies of mutant KCNQ1 channels. The UCI team also found that the new drug binding site they had discovered is present on a different type of channel, KCNQ2/3, which is found in the brain and linked to epilepsy and encephalopathy. Discovery of this new site could point the way to improved anti-epileptic drugs.

This study was supported by the US National Institutes of Health (GM115189).