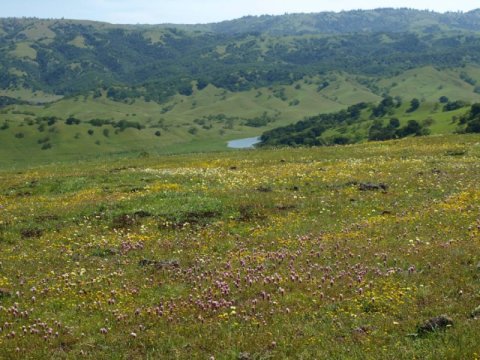 As the IPCC warns that we have only 12 years to reduce greenhouse gas emissions by nearly half or risk significantly greater impacts from climate change, University of California, Berkeley, scientists are charting the best course to save California’s native plants from these human threats.

“We just have a decade or two given the rapid pace of climate and land-use change,” said Brent Mishler, a UC Berkeley professor of integrative biology and director of the University and Jepson Herbaria. “Our opportunities, even 10 years down the line, are way more limited compared to what they are now. What we are going to save, we are going to save quickly. We don’t have forever to leisurely conserve California.”

Graduate student Matthew Kling, Mishler and their UC Berkeley colleagues have created a computer model to prioritize the plants and growing areas needing preservation, linking this for the first time with the areas’ suitability for preservation.

The model will allow conservation groups, ranging from state and national parks to the Nature Conservancy, to determine whether land harboring species in need of preservation is already protected, unprotected but salvageable or degraded to the point where saving it would be pointless: necessary triage given limited funds for preservation.

It can pinpoint parcels that should be at the top of the state’s list for acquisition to best safeguard California’s unique and irreplaceable flora, which comprise more than 5,000 native species, many found nowhere else in the world.

“This is realpolitik,” Mishler said. “These are the places where the diversity that is present is not protected elsewhere and the land is still intact enough that it could make a reserve, a situation where there is both opportunity and motive.”

Kling, who is lead author of a paper describing the model, also created an interactive web application to allow the public to explore the species and genera at any site in the state, in order to get a feel for the variety of flora and their evolutionary lineages.

The model was published online today in the journal Philosophical Transactions of the Royal Society B.

Past studies by Mishler and his colleagues have pinpointed areas around the state that are important because they contain key endemic species, that is, species native to California and found nowhere else. Many of them are relicts living in refugia, akin to nursing homes, whereas others are newly evolved lineages in areas that are like nurseries.

Both, he said, may need preservation: older lineages as potential sources of new pharmaceuticals or as pockets of genetic variability that may someday help improve our food supply; newer species because of their proven ability to generate spin-offs to colonize newly created ecological niches.

The new model builds off this earlier work to pinpoint hotspots of biodiversity, but focuses on the practical goal of identifying areas that can reasonably be preserved, to get the most bang for the buck.

“Part of our goal for this paper is to get both academics and practicing conservationists thinking about these different aspects of the old and the young, the rapidly evolving and the very stable sorts of lineages, and thinking about which ones we want to conserve and why,” Kling said. “That would be a nice discussion to contribute to.”

Standard considerations in conservation today tend to focus primarily on species diversity. Kling, Mishler and their colleagues also consider plants’ evolutionary and genetic uniqueness relative to other areas of the state, whether those plants are well protected elsewhere and thus not as high a priority, and whether they are rare endemics that would disappear if one plot is lost to development or changing climate.

“There may be hundreds of reasons why you would want to save the flora of a particular location, and we have boiled them all down into this one measure,” Mishler said.

From the perspective of uniqueness on the tree of life, evolutionary age and potential to evolve new lineages, some of the highest priority areas for preservation are along the California coast — Arcata in Humboldt County and Point Conception near Lompoc in Santa Barbara County are key areas — as well as the Coast Ranges and the foothills of the Sierra Nevada.

Some of these areas are already protected, Mishler noted. A $165 million gift last year allowed the Nature Conservancy to purchase a large ranch near Lompoc, now called the Jack and Laura Dangermond Preserve, that the UC Berkeley study pinpoints as a key preservation priority.

Others, including forested areas near California’s northwest coast, may be in private hands or owned by timber-harvesting companies.

Very few are in southern California, Mishler noted, because the region’s high population density means that areas of important biodiversity are either already protected or too degraded to waste effort on.

“It is really the areas both currently unprotected but still relatively pristine that we want to focus on for future conservation,” Kling said.

“It is like a triage situation,” said Mishler. “When medical personnel arrive on the scene of a bad accident, they have to know who to help immediately to be effective.”