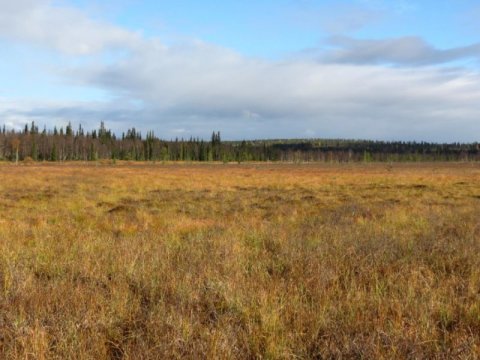 Major abrupt shifts occurred in the climate of ancient northern Europe, according to a new study from University of Helsinki, Finland. The research reports that sudden cold spells, lasting hundreds of years, took place in the middle of the warm Eemian climate period, about 120 thousand years ago. These cold intervals saw a fall in temperature of a few degrees, and replacement of forests by tundra, at the study site in northern Finland. The Eemian, which took place before the last Ice Age, had a climate generally warmer than present. This has made the Eemian important for climate scientists assessing the modern climate warming.

According to the researchers, the sudden shifts of Eemian climate are connected to disturbances in North Atlantic circulation which happened during that time. Today, the warm oceanic currents of the North Atlantic maintain a relatively temperate climate in Europe. The future development of this oceanic circulation has been hard to predict, however, and possible disturbances have not been ruled out.

“These results strongly suggest that the North Atlantic circulation is sensitive to disturbance, with major effects in Northern Europe,” says University of Helsinki postdoctoral researcher Sakari Salonen who headed the study.

“Our results show that the oceanic circulation was in fact perturbed the last time climate was warmer than today. This is where our study significantly adds to the prediction of future climate done based on numerical models,” Salonen says.

The research was conducted by a multinational research group lead from the University of Helsinki. The team utilized intelligent computer algorithms based on machine learning.

“These new numerical methods significantly improve our understanding of abrupt changes of past climate,” notes professor Miska Luoto, also a team member from University of Helsinki

These results are based on a geological deposits studied in Sokli, Northern Finland. At this site, thick geological layers have been preserved in a deep depression, allowing them to survive through the following Ice Age.

“The Sokli site is unique in the northern parts of the world, which has made the site invaluable in the study of past, long-term climate change,” says Karin Helmens, a researcher from Stockholm University and a long-time coordinator of the studies at Sokli.

The study was funded by an Academy of Finland programme on long-term environmental changes and the Swedish Nuclear Fuel and Waste Management Company (SKB). The results were published in Nature Communication.