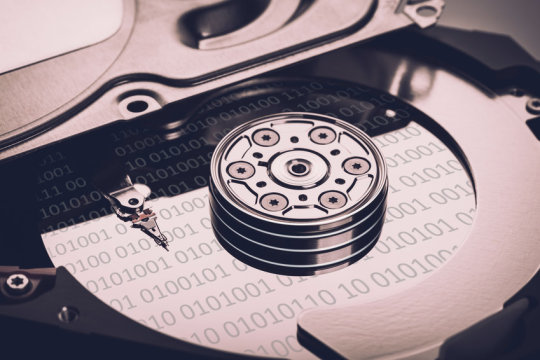 The most dense solid-state memory ever created could soon exceed the capabilities of current computer storage devices by 1,000 times, thanks to a new technique scientists at the University of Alberta have perfected.

“Essentially, you can take all 45 million songs on iTunes and store them on the surface of one quarter,” said Roshan Achal, PhD student in Department of Physics and lead author on the new research. “Five years ago, this wasn’t even something we thought possible.”

The scientists used the same technology they developed to manufacture atomic-scale circuits, which allows for quickly removing or replacing single hydrogen atoms. The technology enables the memory to be rewritable, meaning it could lead to far more efficient types of solid-state drives for computers.

Ready for real-world use

Previous discoveries of atomic-scale computer storage were stable only at extremely low temperatures, but the new memory works at real-world temperatures and can withstand normal use.

“What is often overlooked in the nanofabrication business is actual transportation to an end-user, which simply was not possible until now given temperature restrictions,” noted Achal. “Our memory is stable well above room temperature and precise down to the atom.”

Achal explained the technology has immediate applications for archiving data. Next steps will include increasing read and write speeds for even more flexible applications.

Achal works with U of A physics professor Robert Wolkow, a pioneer in the field of atomic-scale physics. Wolkow perfected the nanotip technology that allows scientists to manipulate single atoms on a silicon chip — a technology he said has now reached a tipping point.

To demonstrate the new memory, Achal, Wolkow and their fellow scientists encoded the entire alphabet at a density of 138 terabytes per square inch, roughly equivalent to writing 350,000 letters across a grain of rice. For a playful twist, Achal also encoded music reminiscent of video game soundtracks from the ’80s and ’90s.

The research, “Lithography for Robust and Editable Atomic-Scale Silicon Devices and Memories,” appears in the current issue of Nature Communications.

Materials provided by University of Alberta. Original written by Jennifer-Anne Pascoe. Note: Content may be edited for style and length.