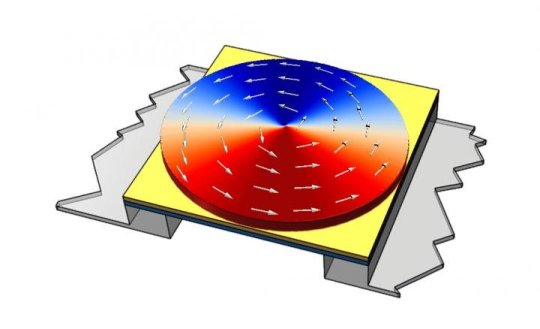 Many modern technological applications are based on magnetic forces, e.g. to move components in electric vehicles or to store data on hard disks. Yet magnetic fields are also used as sensors to detect other magnetic fields. The total market for magnetic field sensors based on semiconductor technology currently amounts to USD 1,670 million and continues to grow. In the automotive industry, for example, more precise magnetic field sensors are used in ABS systems which can be used to detect the tire pressure. This eliminates the need for additional pressure sensors in the tires and saves resources and costs. The use of new magnetoresistive sensor technologies such as anisotropic magnetoresistance, giant magnetoresistance and tunnel magnetoresistance is driven primarily by their increased sensitivity and improved integration capability.

However, the performance of these sensors is considerably limited by a number of factors. The physical origin and fundamental limits have been analysed in detail by a team led by Dieter Süss in a cooperation between the University of Vienna, the Danube University Krems and Infineon AG in the framework of the Christian Doppler Laboratory “Advanced Magnetic Sensing and Materials.” They recently published the results of their investigations and concrete proposals for solutions in the journal Nature Electronics.

By means of computer simulations that have been validated by experiments, the scientists showed that both interference signals, magnetic noise and hysteresis, can be significantly reduced by redesigning the transducer element. In the new design, the atomic magnetic dipoles of the transducer element are aligned in a circle around a center, similar to a hurricane. An externally applied magnetic field changes the position of the centre of this vortex, which in turn leads directly to a change in the electrical resistance. “This development shows the first mass application of magnetic vortex structures and a significant improvement over conventional magnetic sensors,” says project leader Dieter Süss. The research project is an excellent example where basic research and purely scientific questions, such as the behaviour of magnetic vortex structures in external magnetic fields, can lead to extremely successful applications. “The prerequisite for this is a cooperation between science and industry, whereby the industry provides both the practically relevant questions as well as technical facilities such as clean rooms for the realisation of these complex technologies,” says Süss about this important synergy.