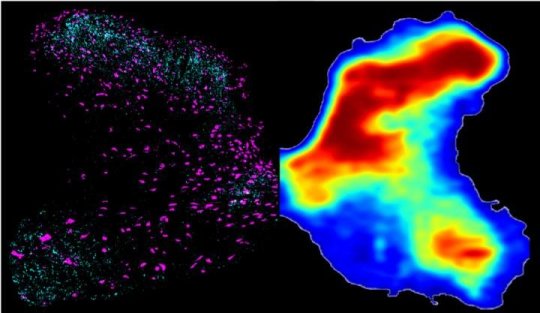 Researchers at King’s College London have shown that rats with spinal cord injuries can re-learn skilled hand movements after being treated with a gene therapy.

People with spinal cord injury often lose the ability to perform everyday actions that require coordinated hand movements, such as writing, holding a toothbrush or picking up a drink. Regaining hand function is the top priority for patients and would dramatically improve independence and quality of life. No regenerative treatments are currently available.

The researchers tested a new gene therapy for regenerating damaged tissue in the spinal cord that could be switched on and off using a common antibiotic.

Professor Elizabeth Bradbury from the Institute of Psychiatry, Psychology & Neuroscience (IoPPN) said: ‘What is exciting about our approach is that we can precisely control how long the therapy is delivered by using a gene ‘switch’. This means we can hone in on the optimal amount of time needed for recovery. Gene therapy provides a way of treating large areas of the spinal cord with only one injection, and with the switch we can now turn the gene off when it is no longer needed.’

After a traumatic spinal injury, dense scar tissue forms which prevents new connections being made between nerve cells. The gene therapy causes cells to produce an enzyme called chondroitinase which can break down the scar tissue and allow networks of nerve cells to regenerate.

Dr Emily Burnside from the IoPPN explains: ‘Rats and humans use a similar sequence of coordinated movements when reaching and grasping for objects. We found that when the gene therapy was switched on for two months the rats were able to accurately reach and grasp sugar pellets. We also found a dramatic increase in activity in the spinal cord of the rats, suggesting that new connections had been made in the networks of nerve cells.’

Professor Joost Verhaagen at the Netherlands Institute for Neuroscience says: ‘The use of a stealth gene switch provides an important safeguard and is an encouraging step toward an effective gene therapy for spinal cord injury. This is the first time a gene therapy with a stealth on/off switch has been shown to work in animals.’

The gene therapy is not yet ready for human trials. While the ability to switch a therapeutic gene off provides a safeguard, the researchers found a small amount of the gene remained active even when switched off. They are now working on shutting the gene down completely and moving towards trials in larger species.

The research is funded by the Medical Research Council, the International Spinal Research Trust and Wings for Life, and published in the journal Brain.