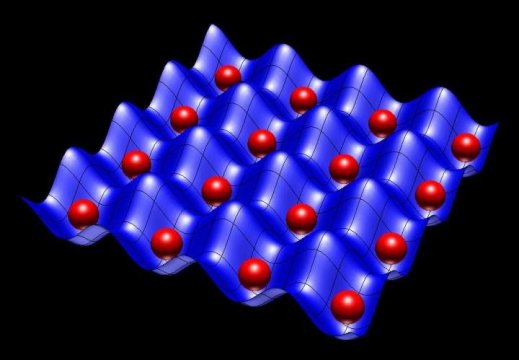 A Rice University computer scientist and his colleagues have proposed a method to accelerate and simplify the imposing task of diagnosing quantum computers.

Anastasios Kyrillidis, an assistant professor of computer science who joined Rice this year, led the development of a nonconventional method as a diagnostic tool for powerful, next-generation computers that depend on the spooky actions of quantum bits — aka qubits — which are switches that operate under rules that differ from the 1s and 0s in classical computers.

An open-access paper by Kyrillidis and his team appears in the Nature journal Quantum Information.

Like any new hardware, Kyrillidis said, quantum computer systems are prone to bugs that need to be squashed. That takes continuous testing to validate their capabilities. The sheer complexity of quantum computers that do exponentially more with every bit requires an immense amount of validation, he said.

“When a quantum computer executes an algorithm, it starts at a specific state; think of it as the input to the algorithm,” Kyrillidis said. “As the computer progresses through steps of the algorithm, it’s going through many states. The state at the very end is the answer to your algorithm’s question.”

By reassembling the full state from these measurements, Kyrillidis said one can later pinpoint hardware or software errors that may have caused the computer to deliver unexpected results.

That takes a lot of measurements, and the computational cost of reconstruction can be high, even for classical computers, he said. Tomography-based analysis of quantum computers with even as few as five or six qubits would be prohibitive without somehow simplifying the task — and state-of-the-art machines have 50 qubits or more.

Qubits are the basic units of information in a quantum computer. Like a bit in a classical computer, each qubit can represent either 1 or 0. Unlike a bit, a qubit can also represent 1 and 0 simultaneously, a state called superposition that exponentially raises the number of calculations an array of qubits can perform at once. To make it more interesting, the state of the qubit as determined by magnetic polarization or electron spin only exists when it’s measured.

Kyrillidis said even a modest increase in the number of qubits in a computer dramatically increases its power.

“In a system with five qubits, the state can be represented by a 2-to-the-5 times 2-to-the-5 matrix, so it’s a 32-by-32 matrix,” he said. “That’s not big. But in a 20-qubit system like the one at IBM, the state can be characterized by a million-by-million matrix. If we were taking full measurements with regular tomography techniques, we would need to poll the system roughly a million-squared times in order to get enough information to recover its state.”

Kyrillidis and his team solved the validation problem with an algorithm they call Projected Factored Gradient Decent (ProjFGD). It takes advantage of compressed sensing, a method that minimizes the amount of incoming data while still ensuring accurate results. He said the method would cut the number of measurements for a 20-qubit system to a mere million or so. “That’s still a big number, but much smaller than a million squared,” he said.

Kyrillidis noted that IBM, where he spent a year as a research scientist before coming to Rice, has put a quantum computer in the cloud where anyone can access it and run programs. He said the company reasons that the more people learn about programming for quantum computers now, the more mature their skills will be when the platform comes of age. But there’s a side benefit for him, as it gives him a ready platform to test ProjFGD.

“The quantum state tomography tool is generic, and has more to do with the nature of the qubit rather than the specific architecture,” Kyrillidis said. “As quantum computers get more powerful, it can definitely be scaled up to certify systems.”

An IBM Goldstine Fellowship and the Department of Defense supported the research.