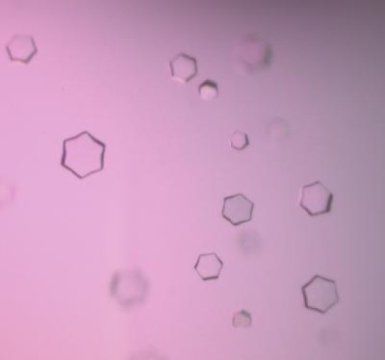 Scientists at the University of Bristol have revealed the secrets of the key ring forming cascade in the biosynthesis of a globally used antibiotic. They hope their findings could lead to the development of antibiotics with improved properties and new biocatalysts for the clean and efficient synthesis of medicinally important molecules.

With the widespread problem of increasing resistance to existing antibiotics, there is an urgent need for the discovery and development of new cost-effective ways to combat bacterial infections.

Mupirocin is an antibiotic widely used as a topical treatment for bacterial skin infections such as impetigo. It is produced commercially using the microorganism Pseudomonas fluorescens which has developed complex biosynthetic machinery to produce the final molecule assembled on the tetra-substituted 6-membered ring essential for antibiotic activity.

Now, scientists at BrisSynBio, a BBSRC and EPSRC-funded research centre at the University of Bristol, have revealed for the first time an enzymatic reaction cascade that generates selectively this 6-membered ring from a complex linear starting material.

The multidisciplinary study, described in Nature Catalysis today (26 November), shows that the enzyme MupW is responsible for a chemically challenging transformation to give a new intermediate which a second enzyme, MupZ, then converts to the 6-membered ring. Without MupZ (which itself forms beautiful hexagonal crystals, shown in the image), a 5-membered ring is produced which has no antibiotic activity.

This latest work builds on earlier research carried out by Bristol’s Professor Tom Simpson FRS and Professor Chris Thomas from the University of Birmingham.

Professor Matt Crump from the School of Chemistry was one of several supervisors who worked on the study. He said: “This work serves as an example of the importance of nuclear magnetic resonance (NMR) spectroscopy in chemical and biochemical studies. Access to the 700 MHz NMR spectrometer, funded by BrisSynBio, enabled the identification of key intermediates in the pathway and opens future opportunities in synthetic biology which could not be achieved without the sensitivity of cutting-edge instrumentation.”

This reaction cascade would be difficult (arguably impossible!) to achieve using existing synthetic methodology and the team is now investigating these biocatalysts to prepare more stable analogues of the active component of the antibiotic mupirocin.

Professor Chris Willis, from the School of Chemistry who jointly led the study, said: “This important breakthrough was achieved by an interdisciplinary team effort comprising talented postdoctoral researchers and postgraduates here at Bristol on a journey that included structural biology, synthetic and analytical chemistry in parallel with molecular modelling to unveil an overall transformation not previously reported for this family of enzymes.”

Dr Paul Race and Dr Marc van der Kamp from Bristol’s School of Biochemistry were also part of the supervisory team carrying out the study, which was funded by the BBSRC and EPSRC via the Bristol Centre for Synthetic Biology.