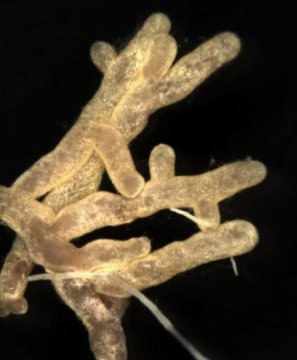 Pollution is changing the fungi that provide mineral nutrients to tree roots, which could explain malnutrition trends in Europe’s trees.

A huge study of 13,000 soil samples across 20 European countries has revealed that many tree fungi communities are stressed by pollution, indicating that current pollution limits may not be strict enough.

To get nutrients from the soil, trees host fungi, known as mycorrhizal fungi, in their roots. These fungi receive carbon from the tree in exchange for essential nutrients, like nitrogen, phosphorus and potassium, which they gather from the soil. Some of these fungi are known above-ground from the mushrooms and truffles they form.

This plant-fungal symbiotic relationship is crucial for the health of the tree. Recent studies have noted signs of tree malnutrition across Europe, such as discoloured leaves or leaves lost from the crown, but the mechanisms underpinning these symptoms are unclear.

Now, in a ten-year pan-European study led by Imperial College London and the Royal Botanic Gardens, Kew, researchers have revealed that tree characteristics and local air and soil quality have a large impact on mycorrhizae.

The study, published today in Nature, examined 40,000 roots from 13,000 soil samples at 137 forest sites in 20 European countries. This allowed the authors to discover large-scale trends in mycorrhizal communities, including their tolerance to pollution.

Lead researcher Dr Martin Bidartondo, from the Department of Life Sciences at Imperial and Kew Gardens, said: “There is an alarming trend of tree malnutrition across Europe, which leaves forests vulnerable to pests, disease and climate change. To see if changes in mycorrhizae might be behind this trend, we opened the ‘black box’ of soil. Processes happening in soil and roots are often ignored, assumed or modelled, because studying them directly is difficult, but it is crucial for assessing tree functioning.

“A major finding of the study is that European pollution limits may be set far too high. In North America the limits are set much lower, and we now have good evidence they should be similar in Europe. For example, current European nitrogen limits may need to be cut by half. Our trees in Europe are not more tolerant than those in North America — their fungi are just suffering more.”

The team found that the characteristics of the tree (species and nutrient status) and the local environmental conditions (atmospheric pollution and soil variables) were the most important predictors of which species of mycorrhizal fungi would be present and their abundances.

Minerals like nitrogen and phosphorus are essential for life, but in high enough concentrations can be damaging, acting as pollutants rather than nutrients. The new study discovered ‘thresholds’ of these elements — concentrations above which the community of mycorrhizae changes.

Some mycorrhizal fungi are outcompeted by those that are more tolerant of pollution, such as species that can take advantage of the excess nitrogen from air pollution.

These ecosystem changes can negatively affect tree health. For example, the team proposes that some community changes result in more ‘parasitic’ mycorrhizae: those that take carbon but give little back in the way of nutrients.

The researchers say these first large-scale results should be used to design new in-depth studies into the link between pollution, soil, mycorrhizae, tree growth and tree health.

First author Dr Sietse van der Linde who worked at Imperial and Kew Gardens during this research said: “The study throws up many new questions in tree health and mycorrhizal diversity. For example, we found that while mycorrhizae are more specialised than expected — i.e. the majority of species will only associate with certain types of trees — specialist fungi were also less adaptable to changing conditions.”

Dr Laura M Suz, mycology research leader at Kew Gardens said: “The thresholds uncovered in this study should impact how we manage our forests. From now on, with this wealth of new information we can take a broader view of fungi and forests across the continent, and also design new fungal monitoring systems, using this study as the first ever underground baseline to test directly for large-scale drivers of change.”

Dr Bidartondo added: “We can also now investigate new questions in depth. For example, we did not expect that the levels of potassium would affect mycorrhizae as strongly as they did, but we can now try to determine why that is, and what impact potassium levels are having on our forests.”