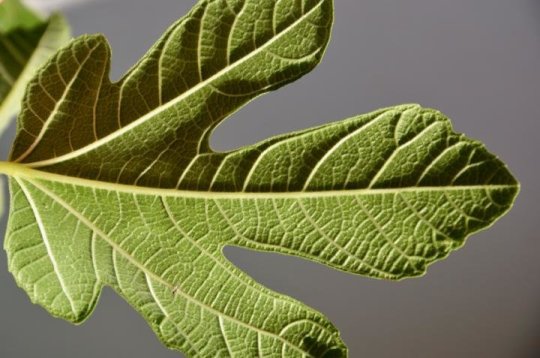 Vascular tissue in plants distributes water and nutrients, thereby ensuring constant growth. Each newly developed cell needs to develop into its respective cell type in the vascular tissue. A team at the Technical University of Munich (TUM) has now discovered how these cells know which cell type they should develop into.

During growth, plants constantly form new leaves, branches, and roots over weeks, months, and years. These are initially formed via cell division, where cells develop in highly complex, yet orderly processes. One result of these developmental programs is the vascular tissue of the plants, which is visible to the human eye in the form of leaf veins. Vascular tissue pervades the entire plant body, supplying the plant with water and salts from the ground via the xylem, and with metabolic products such as sugars from photosynthesis via the phloem.

“But how does a newly formed cell know that it should become, for example, a phloem cell?” asks Professor Claus Schwechheimer from the Chair of Plant Systems Biology and co-author of the study. “To answer this question, we conducted research over many years in collaboration with our colleagues from Lausanne.” The way in which this mechanism works in plants has now been described by these researchers in the latest issue of Nature.

How does a cell become a phloem cell?

“Back in 2009, the team in Lausanne demonstrated that plants which were lacking a certain protein (BRX) have problems forming phloem cells,” states co-author Lanassa Bassukas from the TUM. “At the same time, they also observed that it has a highly sensitive response to the plant hormone auxin. Depending on whether the auxin value was low or high, the protein was located in the cell membrane or was degraded inside the cell.”

This became relevant when the TUM researchers discovered a new regulator called PAX. With the help of this regulator, the hormone auxin can be transferred out of the cell via transporter proteins. Just as in plants with a defect in the BRX protein, plants without PAX had fewer phloem cells.

“For us, it was noteworthy, on the one hand, that the PAX regulator could be retarded by the BRX protein, and on the other, that PAX became more active as the auxin level in the cell increased,” explains Martina Kolb and Ulrich Hammes from TU Munich, who provided important findings for the new model with their auxin transporter studies.

According to their findings, auxin initially accumulates in a newly developed cell. This is because BRX prevents the hormone coming from the other phloem cells from being transported out of the cell with the help of the PAX regulator. The auxin which accumulates over time then leads to the degradation of BRX, causing the PAX regulator, which has now been activated, to export the auxin from the cell. Because the BRX protein is formed again with a certain time delay upon which it blocks auxin transport, the system regulates itself repeatedly like a rheostat.

Many plant development processes are dependent on auxin transport and regulators similar to PAX. With the development of the negative regulation via the protein, a new control level has been discovered which could be just as applicable in other processes.