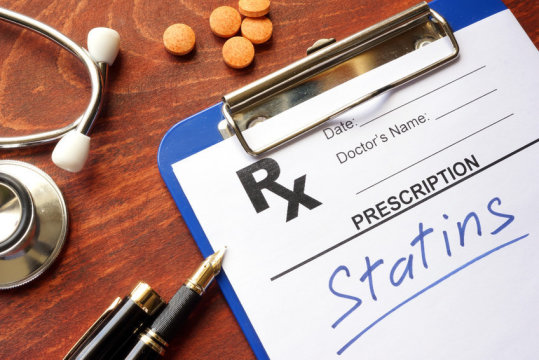 More than 11 million Americans may have incorrect prescriptions for aspirin, statins and blood pressure medications, according to a study led by researchers at the Stanford University School of Medicine.

Their findings are based on an updated set of calculations — known as pooled cohort equations, or PCEs — that are used to determine the risk of a heart attack or stroke.

The PCEs are the foundation for cardiovascular-disease-prevention guidelines in the United States. They help physicians decide whether to prescribe aspirin, blood pressure or statin medications, or some combination of these, by estimating the risk a patient may have for a heart attack or stroke. Most physicians calculate a patient’s risk using a PCE web calculator or a smartphone app; the equations are also built into many electronic health records so that a patient’s risk is automatically calculated during an office visit.

But there has been debate over whether the PCEs are based on outdated data and therefore putting some patients at risk for over- or under-medication.

“We found that there are probably at least two major ways to improve the 2013 equations,” said Sanjay Basu, MD, PhD, assistant professor of primary care outcomes research at the School of Medicine and a core faculty member at Stanford Health Policy. “The first was well-known: that the data used to derive the equations could be updated.”

For example, he said, one of the main data sets used to derive the original equations had information from people who were 30-62 years old in 1948, and who would therefore be 100 to 132 years old in 2018 — that is, likely dead. The older equations were often estimating people’s risk as too high, possibly by an average of 20 percent across risk groups.

“A lot has changed in terms of diets, environments and medical treatment since the 1940s,” Basu said. “So, relying on our grandparents’ data to make our treatment choices is probably not the best idea.”

Basu is the senior author of the study, which will be published June 5 in the Annals of Internal Medicine. The lead author is Steve Yadlowsky, a graduate student in electrical engineering at Stanford.

Furthermore, the researchers found that the old data may not have had a sufficient sample of African-Americans. For many African-Americans, physicians may have been estimating the risks of heart attacks or strokes as too low.

“So while many Americans were being recommended aggressive treatments that they may not have needed according to current guidelines, some Americans — particularly African-Americans — may have been given false reassurance and probably need to start treatment given our findings,” Basu said.

The researchers have updated the PCEs with newer data in an effort to substantially improve the accuracy of the cardiovascular risk estimates. The National Institutes of Health, which maintains and updates the cohort data, approved the updated equations.

A second improvement to the equations, the authors found, was to update the statistical methods used to derive the equations.

“We found that by revising the PCEs with new data and statistical methods, we could substantially improve the accuracy of cardiovascular disease risk estimates,” the authors wrote.

The work is an example of Stanford Medicine’s focus on precision health, the goal of which is to anticipate and prevent disease in the healthy and precisely diagnose and treat disease in the ill.

Materials provided by Stanford Medicine. Original written by Beth Duff-Brown. Note: Content may be edited for style and length.