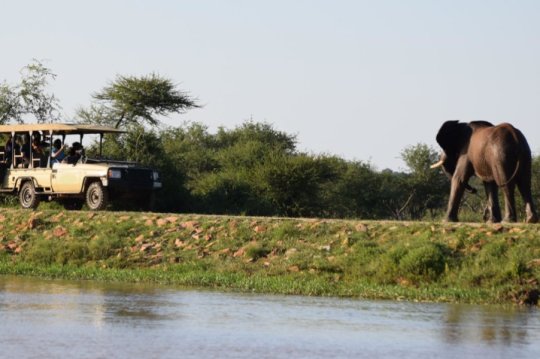 Increasing numbers of tourists are interested in observing wildlife such as African elephants, and income generated from tourism potentially aids in the protection of animals and their habitats. However, a new Journal of Zoology study reveals that wildlife tourism may be a stressor for free-ranging elephants.

Over the course of 15 months, researchers recorded the behaviour of elephants in relation to the overall number of tourists in an African reserve. Elephants were more likely to perform aggressive behaviour towards other elephants when the number of tourists in the reserve was high. Also, elephant herds were more likely to move away from tourists when multiple vehicles were present.

“Tourists who wish to observe animals in their natural habitat should be aware of their potential negative effects on animal welfare and research should investigate best practise standards to minimise such negative effects,” said lead author Isabelle Szott, of Liverpool John Moores University, in the UK.