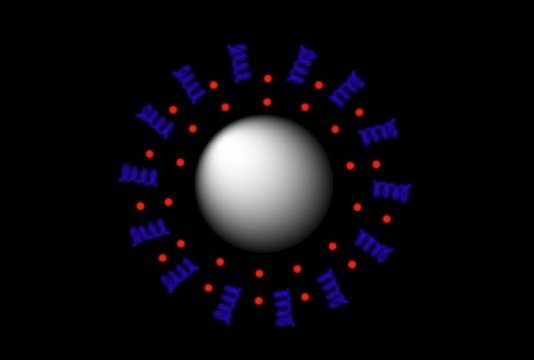 Stanford University School of Medicine scientists have developed a noninvasive way of delivering drugs to within a few millimeters of a desired point in the brain.

The method, tested in rats, uses focused ultrasound to jiggle drug molecules loose from nanoparticle “cages” that have been injected into the bloodstream.

In a proof-of-principle study, the researchers showed that pharmacologically active amounts of a fast-acting drug could be released from these cages in small areas of the rats’ brains targeted by a beam of focused ultrasound. The drug went to work immediately, reducing neural activity in the targeted area — but only while the ultrasound device was active and only where the ultrasound intensity exceeded a certain threshold. By modifying the strength and duration of the beam, the investigators could fine-tune the neural inhibition.

While the drug used in this study was propofol, an anesthetic commonly used in surgery, in principle the same approach could work for many drugs with widely differing pharmacological actions and psychiatric applications, and even for some chemotherapeutic drugs used to combat cancer.

By turning up the ultrasound intensity and monitoring brainwide metabolic activity, the researchers could also observe the drug’s secondary effects on distant downstream brain regions receiving input from the targeted area, said Raag Airan, MD, PhD, an assistant professor of neuroradiology. In this way, the researchers were able to noninvasively map out the connections among disparate circuits in the living brain.

A paper describing the study’s findings will be published online Nov. 7 in Neuron. Airan is the senior author. Lead authorship is shared by Jeffrey Wang, a student in the MD-PhD program, and postdoctoral scholar Muna Aryal, PhD.

“This important work establishes that ultrasonic drug uncaging appears to have the required precision to tune the brain’s activity via targeted drug application,” said Deisseroth, who wasn’t involved in the study. “The powerful new technique could be used to test optogenetically inspired ideas, derived initially from rodent studies, in large animals — and perhaps soon in clinical trials.”

The new technology could not only speed advances in neuroscientific research but move rapidly into clinical practice, Airan said. “While this study was done in rats, each component of our nanoparticle complex has been approved for at least investigational human use by the Food and Drug Administration, and focused ultrasound is commonly employed in clinical procedures at Stanford,” he said. “So, we’re optimistic about this procedure’s translational potential.”

Harmless at the low intensities routinely used for imaging bodily tissues, high-intensity focused ultrasound is approved for the ablation, or deliberate destruction, of certain tissues, including portions of a central brain structure called the thalamus to treat the condition known as essential tremor.

For the new study, “we turned down the dials” on the ultrasound device, Airan said. The intensity of the ultrasound used in these experiments was about 1/10th to 1/100th of the intensity used in clinical ablation procedures. The ultrasound in these experiments was delivered in a series of short staccato pulses separated by periods of rest, giving the targeted brain tissue plenty of time to cool off between pulses. Rats exposed numerous times to the experimental protocol showed no evidence of tissue damage from it.

The nanoparticles, which Airan has been perfecting for several years, are biocompatible, biodegradable, liquid-filled spheres averaging 400 nanometers (about 15-millionths of an inch) in diameter. Their surfaces consist of a copolymer matrix in which the drug of choice is encaged. Roughly 3 million molecules of a drug typically dot the surface of one of these nanoparticles.

Each nanoparticle encloses a droplet of a substance called perfluorocarbon. Buffeted by ultrasound waves at the right frequency, these liquid cores begin shaking and expanding until the copolymer matrix coating the surface ruptures, setting the trapped drug molecules free. Propofol, like all psychoactive drugs, easily diffuses through the otherwise formidable blood-brain barrier. But having crossed this barrier, the drug is quickly soaked up by brain tissue, so that it never gets farther than about a half-millimeter from the capillary where it’s been released.

Airan and his colleagues injected these particles intravenously into experimental rats and explored focused ultrasound’s potential for targeted drug delivery.

Initially, they measured nerve cells’ activity in the visual cortex, an area in the back of the brain that’s activated by visual stimuli, in response to flashes of light aimed at the rats’ eyes. Focusing the ultrasound beam on that brain area, they watched electrical activity there plunge while the beam was being transmitted, then recover within about 10 seconds after the device was shut off. This drop-off in the visual cortex’s electrical activity, which is what you’d expect from the release of an anesthetic there, grew more pronounced with increasing ultrasound intensity, and didn’t occur at all when the rats had been injected instead with drug-free nanoparticles.

In contrast, activity in the motor cortex, a brain area not involved in vision, in response to light flashes directed at the rats’ eyes was not diminished when ultrasound was applied there. But ultrasound targeting the lateral geniculate nucleus, a brain area that relays visual information to the visual cortex, did reduce electrical activity in the visual cortex. This showed that propofol release in one brain structure can produce secondary effects in another, distant region receiving inputs from that structure.

Next, Airan’s team monitored the brainwide metabolic response to focused ultrasound by using positron emission tomography to measure brainwide uptake of a radioactive analog of glucose — glucose is the brain’s chief energy source — in the rats. When the injected nanoparticles were blanks, there was no effect in ultrasound-exposed areas. But with propofol-loaded nanoparticles, the metabolism dropped, meaning there was reduced neural activity in these ultrasound-exposed regions. This inhibition increased with increasing ultrasound intensity. Cranking the ultrasound level high enough also triggered selectively diminished activity in distant brain regions known to receive inputs from the ultrasound-exposed area.

“We hope to use this technology to noninvasively predict the results of excising or inactivating a particular small volume of brain tissue in patients slated for neurosurgery,” said Airan. “Will inactivating or removing that small piece of tissue achieve the desired effect — for example, stopping epileptic seizure activity? Will it cause any unexpected side effects?”

The work was funded by the National Institutes of Health (grants RF1MH114252 and U54CA199075), the Stanford Center for Cancer Nanotechnology Excellence, the Foundation of the American Society for Neuroradiology, the Wallace H. Coulter Foundation, the Dana Foundation and the Wu Tsai Neurosciences Institute.