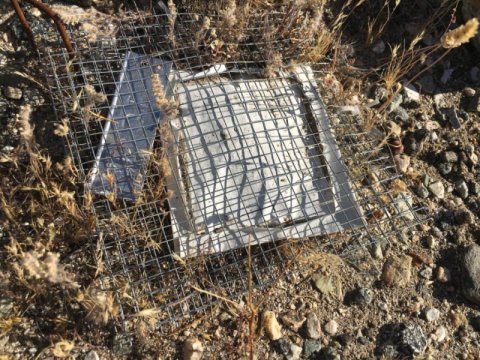 Bacteria and fungi might conjure up images of diseases and spoiled food, but they also do a lot of good. The billions of microbes in a handful of dead leaves, for example, act as nature’s recyclers and regenerate nutrients needed for the next generation of plants to grow.

“If it wasn’t for bacteria and fungi, we’d be surrounded by masses of dead trees and plant matter, so they actually do a really important job,” said Sydney Glassman, an assistant professor in the Department of Microbiology and Plant Pathology at the University of California, Riverside.

While microbial communities are the engines driving the breakdown of dead plants and animals, little is known about whether they are equipped to handle big changes in climate. In a paper published today in the Proceedings of the National Academy of Sciences, Glassman and colleagues at UC Irvine examined what happens after microbial communities move into new climate conditions. The study is a first step toward understanding the vulnerability of these ecosystems to climate change.

To mimic a warming planet, the researchers chose five study sites that differ in climate along the San Jacinto Mountains in southern California, three of which are in natural reserves operated by the University of California. Each site has its own set of resident microbes accustomed to the local climate.

“While we know that climate affects how fast microbes can recycle plant material, we don’t know how important the particular types of microbes are to recycling,” said Jennifer Martiny, a UC Irvine professor and co-author of the study.

To move the microbial communities around, the researchers contained the microbes in nylon containers with miniscule pores. These “microbial cages” were filled with dead, sterilized grass and live microbes sourced from each study site. The containers allowed water and nutrients — but not microbes — to move in and out. The amount of grass decayed by the caged microbes was measured at six, 12, and 18 months.

The study confirmed previous results that sites with moderate climates (not too hot or cold and not too wet or dry) saw the most decay and therefore were the most effective places for nutrient recycling. More surprisingly, however, the source of the microbes also affected the amount of decay. Microbes from certain sites performed better than others, even outside their resident environment. For example, when moved into the drier shrubland, grassland-sourced microbes outperformed the shrubland residents by as much as 40 percent.

“We expected to see a ‘home-field advantage’ situation where every microbial community decomposed best at its own site, but that wasn’t the case,” Glassman said. “While we know that microbes decay plants more slowly in hotter and drier environments, we are just now learning that specific microbial communities play an independent role in decomposition, and it is yet to be seen how these communities will be affected by climate change and desertification.”

The title of the paper is “Decomposition responses to climate depend on microbial community composition.” In addition to Glassman, who completed the work as a postdoctoral researcher at UC Irvine, collaborators at UC Irvine are: Martiny, Claudia Weihe, Junhui Li, Michaeline Albright, Caitlin Looby, Adam Martiny, Kathleen Treseder, and Steven Allison. The study was funded by the National Science Foundation and the US Department of Energy.