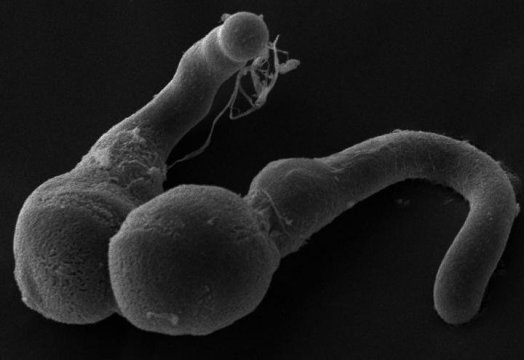 Plant sex relies on a combination of prodding and a lot of communication and guidance suggests a study published in the September 2018 issue of Technology.

It’s a process that is fraught with challenges. The sperm, two of which are housed in each grain of pollen, are unable to move on their own and the egg cell is deeply embedded in the pistil (the female tissues of the flower). So, to reach the egg the sperm rely on a pollen tube that extends into the pistil. These invasive tubes are the fastest growing cells in the plant kingdom, growing up to 1-2 cm (or 500x their original dimension) an hour, and can sometimes extend up to 30 cm, depending on the anatomy of the flower. To fertilize the egg, the pollen tube (which is between 1/20 and 1/5 of the width of a human hair) has to navigate through a maze of tissue, no matter what obstacles it encounters. The phenomenon is well-documented and known to require communication at cellular level with the female flower tissues, but relatively little is understood about the cell mechanics involved. So scientists from McGill and Concordia collaborated to look more closely at the growth force of individual pollen tubes using a microfluidic lab-on-a-chip.

“From a mechanical point of view, the process of pollen tube elongation is similar to that of a balloon catheter used in angioplasty — forces are generated based on fluid under pressure,” explains Muthukumaran Packirisamy from Concordia University’s Department of Mechanical and Industrial Engineering. “So, we designed a microscopic cantilever with a gauge built-in that the pollen tubes had to forcefully push against in order to continue to elongate.”

Anja Geitmann, formerly at l’Université de Montréal who is now Canada Research Chair in McGill’s Department of Plant Science is the senior author on the paper. She adds:

“Thanks to the lab-on-a chip technology we were able to actually see and measure exactly what was going on within the pollen tube as it grew. We discovered that the water pressure and force that these tiny cells exert as they push through the plant tissue to reach their destination is equivalent to the air pressure we put in our car tires to keep them rolling. What is even more exciting is that we found that when the pollen tube encounters an obstacle, it changes its growth pattern, suggesting that the cells are in some ways able to ‘feel’ and respond to the physical resistance in their environment. It’s very exciting to be able to see this process, and it leaves us with a lot of interesting questions ahead about male-female communication.”

The research was funded by the Fonds de Recherche du Québec (FQRNT) and a Concordia Research Chair.