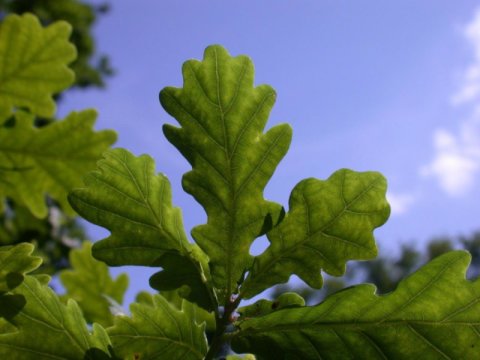 In paper published today in Nature Plants, researchers at the Royal Botanic Gardens, Kew, detail for the first time the scale of threatened species that are unable to be conserved in seed banks. The paper reveals that when looking at threatened species, 36 per cent of ‘critically endangered’ species produce recalcitrant seeds . This means they can’t tolerate the drying process and therefore cannot be frozen, the key process they need to go through to be safely ‘banked’.

In the paper, Kew scientist Dr John Dickie, former Kew scientist Dr Sarah Wyse, and former Director of Science at Kew Prof. Kathy Willis, found that other threatened categories and global tree species list also contain high proportions of species that are unbankable including 35% of ‘vulnerable’ species, 27% of ‘endangered’ species and 33% of all tree species.

This comes after research was published last year that estimated around 8% of the world’s plants produce recalcitrant seeds . Among these species are important UK heritage trees such as oaks, horse chestnuts and sweet chestnuts, as well as worldwide food staples like avocado, cacao, and mango. This latest research reveals that the scale of plants unable to be conserved in seed banks is much higher for threatened species. The issue is particularly severe for tree species, especially those in tropical moist forests where a half of the canopy tree species can be unsuitable for banking.

Currently, seed banking is the most commonly practiced way of conserving plants outside of their natural habitats. Seed banking works as an ‘insurance policy’ against the extinction of plants in the world — especially for those that are rare, endemic and economically important — so that they can be protected and utilised for the future.

This type of ‘ex-situ’ conservation is preferred for a number of reasons: it allows for the preservation of high levels of genetic diversity at relatively low cost in minimal space and can be kept for comparatively long periods.

However, this doesn’t work for all seeds and this new paper suggests there is a huge knowledge gap of knowing which of the world’s most rare, endemic and economically important plants are not suitable for conservation in seed banks. To estimate for the first time the extent of the problem, Wyse and Dickie developed a set of models to predict the likely seed storage behaviour of species. This analysis has highlighted that the Global Strategy for Plant Conservation (GSPC) target of conserving 75% of the world’s threatened plant species outside of their natural habitat by 2020 is practically impossible.

Wyse, Dickie and Willis, argue that alternative techniques are required to achieve the GSPC target, most likely using cryopreservation — a form of preservation using liquid nitrogen which offers a potential long-term storage solution for recalcitrant seeds. In seed banks, seeds are dried and frozen at -20°C whereas cryopreservation involves removing the embryo from the seed and then using liquid nitrogen to freeze it at a much colder temperature of -196°C.

Kew has been championing the use of cryopreservation at its world-famous Millennium Seed Bank (MSB) at Wakehurst for a number of years and outlined it as a key priority for conserving the world’s seeds in Kew’s Collections Strategy published earlier this year. Kew aims to develop a generic protocol for the banking of recalcitrant seeds and to kick-start large-scale use of cryopreservation. As well as allowing ‘unbankable’ species to be stored, cryopreservation also helps to extend the lifespans of orthodox seeds that otherwise have storage lives that are too short at -20°C.

In 2010, Kew scientist Dr Hugh Pritchard and Prof of Botany at CAS Kunming Institute of Botany, De-Zhu Li called for an updated of the Global Strategy for Plant Conservation to outline clear aims for cryopreservation to increase research efforts into the technology. This subsequently didn’t happen and now Kew are urgently calling for cryopreservation to be prioritised as a key conservation tool post 2020 as it’s likely to provide us with the greatest gains in safeguarding ‘unbankable’ species.

John Dickie, Head of Seed & Lab-based Collections at Kew’s Millennium Seed Bank and one of the authors of the paper, says that “Ex-situ conservation of plants is more critical than ever, with many threats to plant populations including climate change, habitat conversion and plant pathogens, we need to make sure we’re doing all we can to conserve the most important and threatened species. As successful as seed banking is for some species, it is not suitable for all seed plants and we need to invest in other ways to safeguard recalcitrant seeds. This paper shows that we need greater international effort to understand and apply alternative techniques like cryopreservation which have the potential to conserve many more species from extinction.”

Materials provided by Royal Botanic Gardens Kew. Note: Content may be edited for style and length.