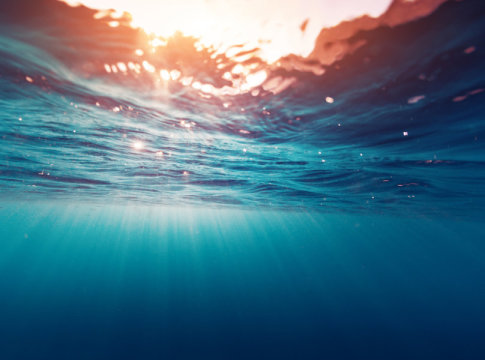 Tiny light-emitting microalgae, found in the ocean, could hold the secret to the next generation of organic solar cells, according to new research carried out at the Universities of Birmingham and Utrecht.

Microalgae are probably the oldest surviving living organisms on the planet. They have evolved over billions of years to possess light harvesting systems that are up to 95 per cent efficient. This enables them to survive in the most extreme environments, and adapt to changes our world has seen over this time-span.

Unravelling how this system works could yield important clues about how it could be used or recreated for use in new, super-efficient organic solar panels. Because of the complexity of the organisms and the huge variety of different species, however, progress in this area has been limited.

The team made use of some of the advanced methods of a technique called mass spectrometry, which enabled them to characterize individual components of the algae light-harvesting system. This approach enabled them to reveal details of distinct modules of the system that have never been seen before. This fine detail will help scientists understand why microalgae are so efficient at light harvesting.

Aneika Leney, in the School of Biosciences, at the University of Birmingham, is one lead author on the study, which is published in the Cell Press journal Chem. “Microalgae are fascinating organisms that can do things so much better than systems designed by engineers,” she explains. “By applying this knowledge, we can start to make real progress towards adapting these systems for use in solar panels.”

Professor Albert Heck, Scientific Director of the Netherlands Proteomics Centre, Utrecht University, added: “Our presumption is that when you see algae, they look sluggish and certainly not very interesting. But when you look into the molecular details of their machineries that make them convert sun light into energy so efficiently, you think these are more sophisticated than the most sophisticated Swiss watch. This needs to be the product of 3 billion years of fine-tuning, called evolution.”

The next step for the team will be to study in more detail how energy is transferred through these light-harvesting systems and pinpoint why the modules they have identified are so efficient. “With most solar panels on the UK homes operating at 10-20 per cent efficiency, increasing this efficiency to 95 per cent will dramatically increase the use of solar power technology and in doing so help protect the environment,” adds Dr Leney.