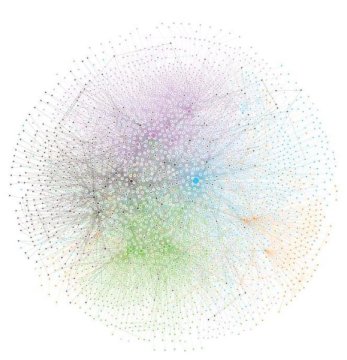 When we think of life on Earth, we might think of individual examples ranging from animals to bacteria. When astrobiologists study life, however, they have to consider not only individual organisms, but also ecosystems, and the biosphere as a whole.

In astrobiology, there is an increasing interest in whether life as we know it is a quirk of the particular evolutionary history of the Earth or, instead, if life might be governed by more general organizing principles.

If general principles exist that can explain properties common to all life on Earth, scientists hypothesize, then they may be universal to all life, even life on other planets. If a “universal biology” exists, it would have important implications for the search for life beyond Earth, for engineering synthetic life in the lab, and for solving the origin of life, enabling scientists to predict at least some properties of alien life.

An interdisciplinary team of researchers at Arizona State University (ASU) has gone beyond focusing on individual levels in this hierarchy to study the hierarchy itself, focusing on the biosphere as a whole. The results of their study have been recently published Science Advances.

“To understand the general principles governing biology, we must understand how living systems organize across levels, not just within a given level,” says lead author Hyunju Kim of ASU’s Beyond Center and the School of Earth and Space Exploration.

Through this study, the team found that biochemistry, both at the level of organisms and ecosystems, is governed by general organizing principles. “This means there is a logic to the planetary-scale organization of biochemistry,” says co-lead author Harrison Smith of ASU’s School of Earth and Space Exploration. “Scientists have talked about this type of logic for a long time, but until now they have struggled to quantify it. Quantifying it can help us constrain the way that life arises on a planet.”

For this research, the team constructed biochemical networks using a global database of 28,146 annotated genomes and metagenomes and 8,658 catalogued biochemical reactions. In so doing, they uncovered scaling laws governing biochemical diversity and network structure that are shared across levels of organization from individuals to ecosystems, to the biosphere as a whole.

“Quantifying general principles of life — not restricted to a domain on the tree of life, or a particular ecosystem — is a challenge,” says Smith. “We were able to do that by combining tools from network science and scaling theory, while simultaneously leveraging large genomic datasets that researchers have been cataloging.”

“Understanding the organizing principles of biochemistry at a global scale better enables us to understand how life operates as a planetary process,” says Walker. “The ability to more rigorously identify universal properties of life on Earth will also provide astrobiologists with new quantitative tools to guide our search for alien life — both in the lab on other worlds.”