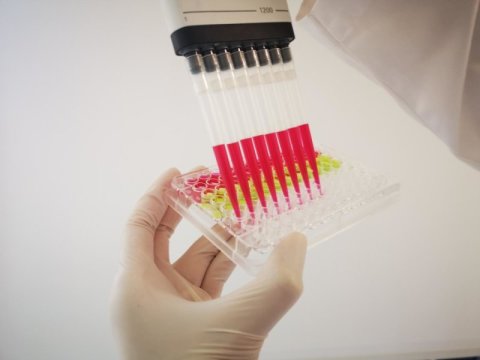 Malaria remains an economic and health burden to the developing world. As plasmodium, the causative agent of malaria, is acquiring rapid resistance against currently used drugs, identification of new classes of anti-malarials remains an urgent need.

Potential anti-malarials include small molecules, peptides, antibodies or plant extracts with likely medicinal properties. These agents are often prepared in the presence of additional constituents such as buffers, detergents or preservatives to ensure stability and solubility. However, chemical or physical properties of these constituents can impact the assay conclusions. At present, there is no literature on the toxic inhibitory effects of such molecules on plasmodium development.

A research group led by Assistant Professor Rajesh Chandramohanadas from the Singapore University of Technology and Design (SUTD) documented the permissible limits of a number of chemicals that are often part of anti-malarial efficacy tests. Their results provide a previously undetermined dataset on drug reconstitution conditions at which both the red cell integrity and plasmodium growth and proliferation are not compromised.

The SUTD team first performed literature survey to shortlist 14 common chemicals which were then tested against plasmodium in vitro cultures. From these experiments, they estimated the maximum allowable concentration of these chemicals compatible with the assay with no parasite killing effect. Further, they validated that the estimated permissible limits of these chemicals caused no harm to intracellular or extracellular parasites, allowing normal parasitive survival and proliferation. Through bio-physical and microscopic measurements, they also demonstrated that human red blood cells used as hosts are not damaged and fully capable of supporting infection for several cycles.

“This dataset may serve as a valuable reference tool to the parasitology community,” Dr. Chandramohanadas stated. “For example, when structure-activity relationship of synthetic analogues of a chosen molecule under different solubilising conditions are to be tested and compared, artefacts caused by the recipe may contribute to erroneous readings,” he added.

This research was published in Scientific Reports and the first authors are SUTD graduate students Ms. Renugah Naidu and Mr. Gowtham Subramanian. Other co-authors in the study are Ms. Bena Lim and Professor Lim Chwee Teck from the Singapore-MIT Alliance for Research and Technology (SMART) Centre and National university of Singapore (NUS). This research was funded by Agency for Science, Technology and Research (A*Star), Singapore.

Materials provided by Singapore University of Technology and Design. Note: Content may be edited for style and length.