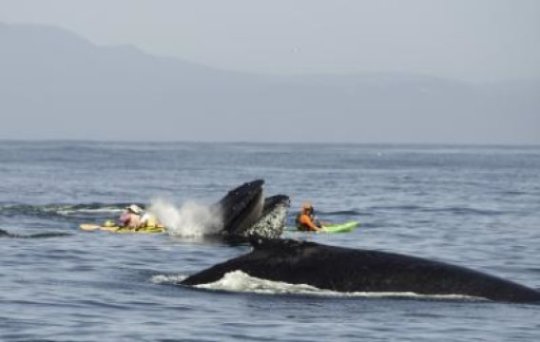 Are human disturbances to the environment driving evolutionary changes in animals and plants? A new study conducted by McGill researchers finds that, on average, human disturbances don’t appear to accelerate the process of natural selection. While the finding may seem reassuring, this unexpected pattern could reflect the limited number of species for which data were available.

Many studies have shown that species evolve in response to human activity at a pace that exceeds natural rates: fish species often become smaller as humans selectively harvest the biggest fish; weeds and insect pests are becoming resistant to pesticides, and pathogens are becoming more resistant to antibiotics.

Rapid evolution in response to human activities could be caused by a strengthening of natural selection, a key influence on the pace of evolution. To better understand the extent to which this occurs, Vincent Fugère and Andrew Hendry from McGill’s Department of Biology reviewed thousands of scientific papers on the topic. Of these, they retained 40 that provide estimates of “selection strength” — the extent to which a particular trait is linked to survival or reproductive success (‘Darwinian fitness’) — in both human-disturbed and natural environments. These cases included, for instance, a weed species found in grasslands sprayed or not sprayed with herbicides; another involved a shark population before and after the construction of a beach resort that induced altered the local mangrove habitat.

From the 40 selected studies, the authors compiled 1,366 estimates covering 102 traits in 37 different species. They then used statistical models to test if there was an overall trend of stronger selection in human-disturbed conditions. While some disturbances caused very strong human-induced selection, others weakened selection, leading to no net effect on average when pooling all available studies.

“We are not arguing that human disturbances do not cause evolution; in fact, I certainly believe the opposite,” says Fugère, lead author of the new paper published in Proceedings of the National Academy of Sciences.

Rather, the finding, which is likely to surprise some evolutionary biologists, highlights the challenges of quantifying evolutionary impacts of humans on the biosphere.

For example, most species in the authors’ database performed well (had higher ‘fitness’) in the disturbed environment, which can weaken estimates of selection strength for statistical reasons. “Biologists know that many species who do poorly in human-impacted environments often go extinct in these environments, a phenomenon known as local extinction, says Fugère. Rates of local extinction have never been higher, yet no species included in our database became locally extinct. So part of the explanation for our main conclusion is that researchers might be studying species that fare relatively better in such environments than the average species on Earth because one can only study selection in species that survive in impacted environments.”

Fugère and Hendry hope that their unexpected result will guide future studies of natural selection and help us better understand evolutionary impacts of environmental changes caused by humans.