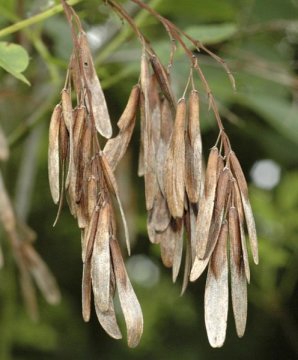 Globally, forest trees are increasingly at risk from habitat destruction, pests and disease, and a changing climate. But the guidelines for effective preservation of a tree species’ genetic diversity and adaptive potential have been limited to simple mathematical equations for crop collections from the 1970s, or best guesses based on intuitions.

More than four decades later, researchers from The Morton Arboretum and The Royal Botanic Gardens, Kew have developed a new, evidence-based approach to designing ex situ collections that effectively preserve a target species’ genetic diversity, and can be tailored for successful conservation of any species. In contrast to existing guidelines and approaches, the new method can be used to develop custom-tailored seed collection protocols, including the number of populations to sample, from what trees and the appropriate number of seeds to collect from each tree, and the best choice of populations to target in a species’ range.

For the study, published this month in the journal Biological Conservation, Sean Hoban, Tree Conservation Biologist at The Morton Arboretum, along with scientists Simon Kallow and Clare Trivedi from The Royal Botanic Gardens, Kew, evaluated current collecting efforts for European ash from Kew’s UK National Tree Seed Project (UKNTSP), a project which aims to secure genetically diverse collections of UK native trees and shrubs. European ash species are currently in severe decline across Europe from the fungal disease ash dieback, so ash is one of a wide number of tree species which are being collected across the UK and stored in Kew’s Millennium Seed Bank, through the project.

Like seed banking projects around the world, the aim of the UKNTSP is to collect and save seeds from native tree and shrub species, to capture the range of genetic diversity for each species. Since stored seeds can last decades, seed banks are used to respond to threats such as diseases, pests and climate change.

The UKNTSP has banked seeds from more than 60 populations of ash trees in Britain, and Hoban, Kallow and Trivedi wanted to ensure as much genetic diversity as possible was being preserved with these seed collecting efforts. They developed a model of a detailed genetic survey specific to ash trees, considering the amount and distribution of the species’ diversity. Greater seed sampling from trees in certain areas (such as margins versus centers of ranges) can prove beneficial.

The researchers identified when an ash population had optimal seed sampling, looking at the number of populations, the amount of trees per population, and the quantity of seeds collected from each tree. They also established a guideline for genetic equivalence — that is, where different sampling strategies capture similar genetic variation — so when optimal sampling cannot be conducted, more sampling in the surrounding area could take place to compensate.

“This is a breakthrough for the future of tree conservation, as we can now better target our seed collecting efforts, which will help us save more tree species,” said Hoban. “Prior to this study, we had systems that were sometimes effective at saving species, but they were not always efficient, in terms of using our limited resources and preserving genetic diversity.” “The ash is an iconic species in the British landscape; it’s the third most common tree in our forests but it is under significant and immediate threat from ash dieback. The UKNTSP has been working with partner organizations throughout the UK to capture the genetic diversity of this species in the Millennium Seed Bank before it’s too late,” said Trivedi, UK Conservation Partnerships Coordinator at The Royal Botanic Gardens, Kew. “This study has enabled us to quantify the likely proportion of genetic diversity that the project has already conserved and provides guidance on how best to improve our sampling strategy.”

In the case of the ash population the researchers studied, The UKNTSP has been very efficient and likely captured 90 percent of the genetic variation of ash found in Great Britain. Still, work remains to be done. For an ambitious conservation goal for this severely threatened species, at least twice as many tree populations would need to be visited for additional seed collection.

The study appears in the September 2018 issue of the journal Biological Conservation.

Materials provided by The Morton Arboretum. Note: Content may be edited for style and length.