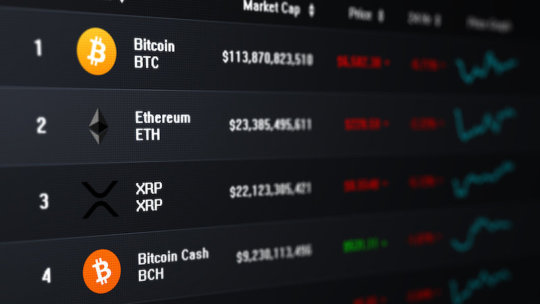 Bitcoin, Ethereum, Litecoin and Monero — the names of digital-based ‘cryptocurrencies’ are being heard more and more frequently. But despite having no physical representation, could these new methods of exchange actually be negatively impacting our planet? It’s a question being asked by researchers at The University of New Mexico, who are investigating the environmental impacts of mining cryptocurrencies.

“What is most striking about this research is that it shows that the health and environmental costs of cryptocurrency mining are substantial; larger perhaps than most people realized,” said Benjamin Jones, UNM Researcher and asst. professor of economics.

Cryptocurrency is an internet-based form of exchange that exists solely in the digital world. Its allure comes from using a decentralized peer-to-peer network of exchange, produced and recorded by the entire cryptocurrency community. Independent “miners” compete to solve complex computing algorithms that then provides secure cryptographic validation of an exchange. Miners are rewarded in units of the currency. Digital public ledgers are kept for “blocks” of these transactions, which are combined to create what is called the blockchain. According to proponents, cryptocurrencies do not need a third party, or traditional bank, or centralized government control to provide secure validation for transactions. In addition, cryptocurrencies are typically designed to limit production after a point, meaning the total amount in circulation eventually hits a cap. These caps and ledgers are maintained through the systems of users .

But the mechanisms that make these currencies so appealing are also using exorbitant amounts of energy.

“Our expertise is in estimating the monetary damages, due to health and environmental impacts, of different economics activities and sectors,” Berrens explained. “For example, it is common for economists to study the impacts from energy use connected to production and consumption patterns in agriculture, or with automobile production and use. In a world confronting climate change, economists can help us understand the impacts connected to different activities and technologies.”

The independent production, or ‘mining’, practices of cryptocurrencies are done using energy-consuming specialized computer hardware and can take place in any geographic location. Large-scale operations, called mining camps, are now congregating around the fastest internet connections and cheapest energy sources — regardless of whether the energy is green or not.

“With each cryptocurrency, the rising electricity requirements to produce a single coin can lead to an almost inevitable cliff of negative net social benefit,” the paper states.

READ  Research: Cats recognize their own names, according to new Japanese research --

The UNM researchers argue that although mining practices create financial value, the electricity consumption is generating “cryptodamages” — a term coined to describe the human health and climate impacts of the digital exchange.

“We looked at climate change from greenhouse gas emissions of electricity production and also the impacts local air pollutants have when they are carried downwind and across local communities,” Goodkind said.

The researchers estimate that in 2018, every $1 of Bitcoin value created was responsible for $.49 in health and climate damages in the United States.

Their data shows that at one point during 2018, the cost in damages that it took to create Bitcoin matched the value of the exchange itself. Those damages arise from increased pollutants generated from the burning of fossil fuels used to produce energy, such as carbon dioxide, fine particulate matter, nitrogen oxides and sulfur dioxide. Exposure to some of these pollutants has been linked to increased risk of premature death.

“By using large amounts of electricity generated from burning fossil fuels,” Jones said. “Cryptocurrency mining is associated with worse air quality and increased CO2 emissions, which impacts communities and families all across the country, including here in New Mexico.”

In addition to the human health impacts from increased pollutants, the trio looked at the climate change implications and how the current system of mining encourages high energy use.

“An important issue is the production process employed in the blockchain for securing new blocks of encrypted transactions,” Berrens explained. “Along with supply rules for new units of a currency, some production processes, like the predominate Proof-of Work (POW) scheme used in Bitcoin, require ever increasing computing power and energy use in the winner-take-all competition to solve complex algorithms, and secure new blocks in the chain.”

Although relatively limited in overall use currently, there are cryptocurrencies with alternative production schemes which require significantly less energy use. The researchers hope by publicizing the health and climate impacts of such schemes, they will encourage alternative methods of mining.

Goodkind says the specialized machines used for mining also have to kept cool, so they won’t overheat while computing such complex algorithms. That additional energy-use was not part of this study, which means even more energy is being consumed than is currently being accounted for when looking solely at the usage of running the machines.

Moving forward, the challenging public policy question is: “How can you make the people who are creating the damage pay for the cost, so that it is considered in the decision in how to mine cryptocurrencies,” Goodkind concluded.