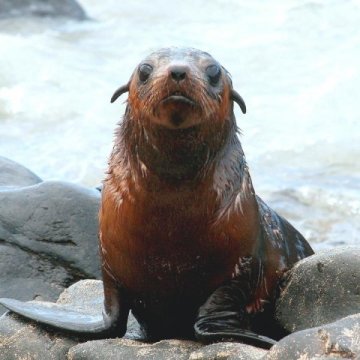 A census of annual pup production by Australian fur seal populations revealed the first reduction since species-wide protection was implemented in 1975, according to a study published September 5 in the open-access journal PLOS ONE by Rebecca McIntosh of the Phillip Island Nature Parks in Victoria, Australia, and colleagues. The study also shows that the long-term monitoring program for the Australian fur seal has effectively tracked population trends over time.

In the marine environment, monitoring the abundance and population trends of a top predator can provide measures of ecosystem health and management success. Fur seals, Arctocephalus pusillus doriferus, are important upper trophic level predators that, in Australia, are a protected marine species facing specific challenges related to fisheries and aquaculture management, ecotourism, potential impacts on seabirds, and response planning for oil spills and other emergencies. For these reasons, it is important to obtain accurate information about their abundance and population changes. An ad-hoc monitoring program coordinated across multiple stakeholders conducted a range-wide census of live pups in the Austral summers of 2002, 2007 and 2013. In the new study, McIntosh and colleagues set out to assess whether the monitoring program for the Australian fur seal is achieving its goals of determining pup abundance and estimating population trends.

The findings reveal that monitoring of the Australian fur seal between the 1970s and 2013 has effectively recorded population changes. The census successfully tracked signs of population recovery up to 2007. In addition, the 2013 census identified the first pup population decline, estimated to be 4.2% per year since 2007, since species-wide protection was implemented. According to the authors, the study highlights the importance of regularly assessing long-term monitoring programs and provides valuable information on how to effectively design and improve these programs.

Roland Pick, of Phillip Island Nature Parks, notes: “As wildlife managers it is important for us to regularly review our monitoring programs to examine the reliability of the information we have collected, and also to identify enhancements which may assist in a greater understanding of any population changes detected. We are currently using drone technology and Citizen Science programs at Phillip Island Nature Parks to enhance our monitoring of Seal Rocks as the largest breeding colony for the species.”