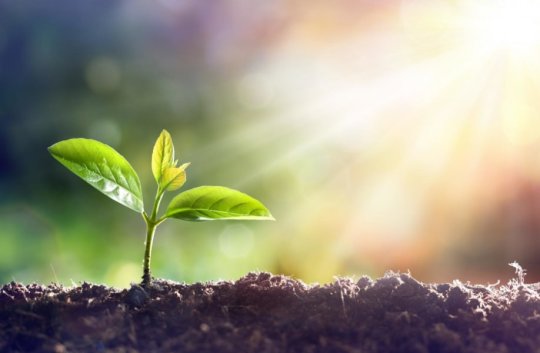 Salk Institute and Purdue University scientists have discovered the switch in plants that turns off production of terpenoids — carbon-rich compounds that play roles in plant physiology and are used by humans in everything from fragrances and flavorings to biofuels and pharmaceuticals.

Plant terpenoids are found in nutritional supplements, natural insecticides, and drugs used to treat malaria and cancer. The chemotherapy drug Taxol, which is used to treat breast, ovarian, lung, bladder and prostate cancers, is a plant terpenoid. But plants often make them in such low quantities that extracting them for such uses is costly and often impractical.

The findings were reported in the journal Nature Plants on August 20, 2018.

“Several years ago my laboratory discovered a new enzyme found in all plants called isopentenyl phosphate kinase (IPK) that regulates the ebb and flow of living, carbon-based molecules called terpenoids. As is often the case in science, we first unraveled the role of this enzyme in completely different organisms, bacteria and a very ancient group of life called Archaea,” says Professor Joseph P. Noel, director of Salk’s Jack H. Skirball Center for Biology and Proteomics, Howard Hughes Medical Institute investigator and the paper’s co-corresponding author. “By elucidating the three-dimensional structure and chemistry of this enzyme reported in ACS Chemical Biology and eLife in 2010 and 2013, respectively, we revealed that a previously unknown gene found in all plants encoded the very same enzyme as originally discovered in microbes.”

Because terpenoids use up considerable amounts of carbon and energy in plants, it had been recognized that their formation must be under tight control so that they are produced only when important for the bacterium or plant hosts.

For the paper, the Noel lab teamed up with the laboratory of co-corresponding author Natalia Dudareva, Purdue distinguished professor in the Department of Biochemistry and researcher in the Purdue Center for Plant Biology, to unravel how plants switch on and off metabolic pathways controlling the ebb and flow of terpenoid production by regulating the availability of their chemical starting materials.

The Salk-Purdue team had earlier determined how plants turn on terpenoid production, but having an understanding of both the “on” and “off” — the yin and yang switches — as well as the bottlenecks for flux are essential for understanding and ultimately tuning up terpenoid yield.

“This is important basic knowledge that opens new targets for engineering of terpenoid metabolic pathways,” says Dudareva. “Plants produce these compounds already, but the amounts are small. It might have taken hundreds or thousands of plants to get enough of a compound to use it for something like a pharmaceutical. This new set of unanticipated discoveries will lead to faster, more efficient ways way to obtain sufficient amounts of these products for the benefit of humans.”

“The Nudix hydrolase family of enzymes are conserved in all organisms, yet their biological roles are largely undefined. Here we uncover an unexpected and new function for members of this family in plants,” remarks co-first author Suzanne Thomas, a postdoctoral researcher in the Noel lab.

“We have shown that IPK and Nudix are working together to regulate downstream terpenoid product formation,” says co-first author Laura Henry, a recent doctoral graduate of Dudareva’s lab who is now an analytical chemist for Heritage Research Group. “Some of these products may be toxic to the plants if the plants make too much of them. This is how the plants regulates their output.”

The work was funded by the USDA National Institute of Food and Agriculture, Purdue University, the Howard Hughes Medical Institute and the Arthur and Julie Woodrow Chair at the Salk Institute.