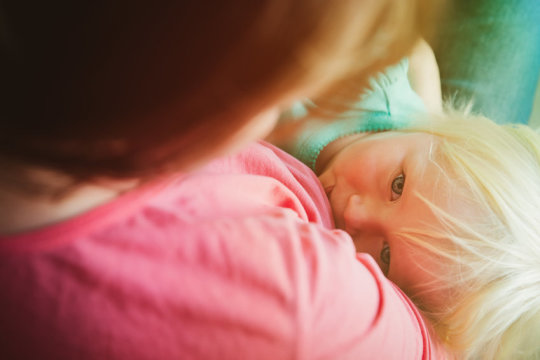 A child has until the age of two-and-a-half to establish healthy gut bacteria — with little change after this point, new research has revealed.

The study also reinforced the important role breastfeeding plays in providing good gut bacteria to babies during the early stages of their life.

The team, involving Newcastle University, UK, identified that the bacterium, Bifidobacterium, was abundant in breast milk and declined rapidly after breastfeeding stopped.

The research, published today in the journal Nature, is one of the largest clinical microbiome studies in babies to date.

Dr Christopher Stewart, from Newcastle University’s Institute of Cellular Medicine, co-led the research, which used a cohort of patients involved in the pioneering TEDDY (The Environmental Determinants of Diabetes in the Young) study.

Bifidobacterium is regarded as beneficial and is one of the main bacteria used in probiotics, owing to its potential therapeutic properties.

It is hoped that this research will enable a greater understanding into what can be done to produce the same benefits of breastfeeding when breast milk is not available.

Dr Stewart said: “Breastfeeding has long been understood to be good for infants and epidemiological evidence shows being breastfed early in life is associated with lower risk of many later life diseases, such as allergy and obesity.

“Targeting the nutrients in breast milk that encourage the growth of healthy bacteria in the infant gut, or providing probiotic containing Bifidobacterium, represent important avenues for future research aimed at restoring the beneficial properties of being breastfed when breast milk is not available.”

The research revealed that once infants were weaned there was a rapid turnover in the bacterial community and a loss of most of the Bifidobacterium, replaced by bacteria within the Firmicutes phyla. Firmicutes are typical of an adult microbiome and the appearance of these bacteria once breastfeeding was stopped occurred much quicker than experts expected.

Dr Stewart said: “Because a diet without breast milk delivers different nutrients to the gut, this rapid turnover in the bacterial community is likely to be in response to the new food sources promoting the growth of a different community.

“Remarkably, from this point on, the microbiome progressed quickly towards being stable, where the bacteria in the gut will potentially remain for the rest of that individual’s life.”

Vaginal birth was associated with a temporary increase in Bacteroides bacteria. Siblings, exposure to pets, and geographical location were also factors in the differences between microbiome profiles.

Dr Joseph Petrosino, director of the Alkek Center for Metagenomics and Microbiome Research at Baylor College of Medicine, Texas, USA, was group leader of the microbiome study.

He said: “We know that the first few years of life are important for microbiome establishment. You are born with very few microbes, and microbial communities assemble on and in your body through those first years of your life.

“In this study, we took a closer look at the establishment of the microbiome over the first few years of life, and the early life exposures associated with that sequence of events, in this amazing cohort.”

In a sister paper in the same journal, experts from the Broad Institute analysed nearly 11,000 stool samples from 783 infants in the TEDDY study to characterise the early gut microbiome in children progressing to type 1 diabetes. They report that the microbiomes of infants without type 1 diabetes harbour more genes related to fermentation and short-chain fatty-acid synthesis that, in combination with previous evidence, are associated with a protective effect.