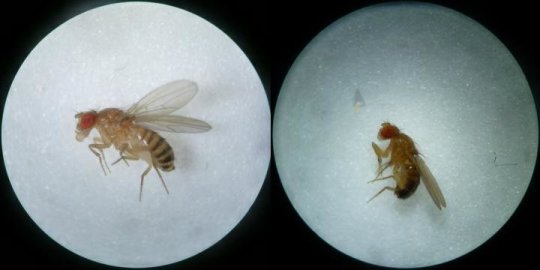 In multicellular organisms, including humans, most DNA is coiled up within the cell’s nucleus. A small part, however, is tucked away within the mitochondria — organelles that produce energy and regulate many metabolic processes within the cell.

Unlike nuclear DNA, which is inherited from both parents, mitochondrial DNA (mtDNA) is usually passed down from one generation to the next only through the mother. Researchers have long assumed that variations in the nucleotide sequence of the small mtDNA neither affects cell functioning nor undergoes natural selection. For these reasons, it has been considered a quintessential tool in many fields of science, from genetics to climate change, to examine evolutionary history and relationships among individuals or groups of organisms.

However, there is growing evidence that some mtDNA variants can get selected over the others under certain circumstances. A new study by researchers at Okinawa Institute of Science and Technology Graduate University (OIST), in collaboration with Monash University in Australia and University College London in the UK, has found that mtDNA can be even more subjected to selection than currently believed. Dr. Zdenek Lajbner and his colleagues from the OIST Physics and Biology Unit, led by Professor Jonathan Miller, conducted experiments with fruit flies (Drosophila melanogaster) to demonstrate how differences in environmental temperature can influence the selection of one mtDNA variant over another. “Our design is the first of its kind when it comes to inferring the role of thermal selection in shaping mtDNA frequencies in nature,” says Dr. Lajbner, lead author of the study, which was published in Scientific Reports.

Dr Lajbner and his colleagues studied two naturally occurring mtDNA variants that are carried by fruit flies inhabiting the east coast of Australia. One of these variants is more common in the sub-tropical, northern part of the country, where temperatures run warm, and the other is more common in the temperate, southern part, which tends to be colder. The researchers collected flies from the two sites and then interbred them to get a series of populations with equally mixed genes. They then divided each mixed population into four subpopulations. Each of the four subpopulations was maintained at different temperatures. The temperature in two of the subpopulations was kept at constants of 19ºC and 25ºC respectively. The temperature in the other two subpopulations fluctuated to simulate the thermal conditions of the two sites from where the flies were collected. After three months, the researchers sequenced the mtDNA of fruit flies from all these subpopulations.

The team also examined how the presence of bacteria such as Wolbachia, which commonly infect fruit flies, affects mtDNA selection. To distinguish their effect, the team treated some of the fly populations with antibiotics to kill off any Wolbachia infections that they might be harboring.

The researchers found that in flies reared under warm laboratory conditions, one of the two mtDNA variants became more common than the other. The same mtDNA variant was also found to be widely prevalent in flies from the warmer northern parts of Australia. A similar pattern was observed with the other mtDNA variant in flies reared under cold laboratory conditions. However, researchers only observed this effect in populations where Wolbachia infections had been wiped out. Moreover, the variation patterns they observed in males didn’t always match up with the ones in females.

The results show that temperature shapes how mtDNA varies in nature. They also suggest that additional factors, such as sex and infection with microbes, might also influence how the mitochondrial genome evolves in the wild. “Further studies are needed to identify the parts of the mitochondrial genomes that are sensitive to environmental temperature and to understand the mechanisms behind it,” says Dr. Lajbner. He also notes that researchers using mtDNA as a genetic tool should keep in mind that it evolves in response to thermal environment.