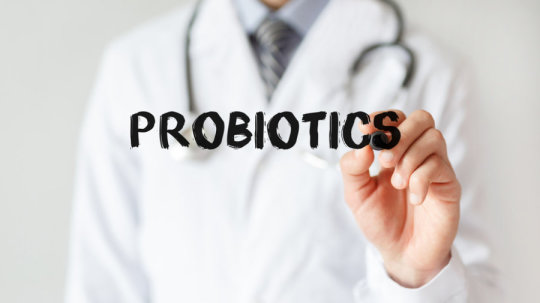 Probiotics are found in everything from chocolate and pickles to hand lotion and baby formula, and millions of people buy probiotic supplements to boost digestive health. But new research suggests they might not be as effective as we think. Through a series of experiments looking inside the human gut, researchers show that many people’s digestive tracts prevent standard probiotics from successfully colonizing them. Furthermore, taking probiotics to counterbalance antibiotics could delay the return of normal gut bacteria and gut gene expression to their naïve state. The research publishes as two back-to-back papers on September 6 in the journal Cell.

“People have thrown a lot of support to probiotics, even though the literature underlying our understanding of them is very controversial; we wanted to determine whether probiotics such as the ones you buy in the supermarket do colonize the gastrointestinal tract like they’re supposed to, and then whether these probiotics are having any impact on the human host,” says senior author Eran Elinav, an immunologist at the Weizmann Institute of Science in Israel. “Surprisingly, we saw that many healthy volunteers were actually resistant in that the probiotics couldn’t colonize their GI tracts. This suggests that probiotics should not be universally given as a ‘one-size-fits-all’ supplement. Instead, they could be tailored to the needs of each individual.”

While past studies have investigated similar questions, they have all used patients’ excrement as a proxy for microbe activity in the GI tract. Instead, Elinav, his colleague Eran Segal, (a computational biologist at the Weizmann Institute), and their teams spearheaded by Niv Zmora, Jotham Suez, Gili Zilberman Schapira, and Uria Mor of the Elinav lab collaborated with Zamir Halpern, Chief of Gastroenterology at the Tel Aviv Medical Center to measure gut colonization directly.

In the first study, 25 human volunteers underwent upper endoscopies and colonoscopies to sample their baseline microbiome in regions of the gut. 15 of those volunteers were then divided into two groups. The first group consumed generic probiotic strains, while the second was administered a placebo. Both groups then underwent a second round of upper endoscopies and colonoscopies to assess their internal response before being followed for another 2 months.

The scientists discovered that the probiotics successfully colonized the GI tracts of some people, called the “persisters,” while the gut microbiomes of “resisters” expelled them. Moreover, the persister and resister patterns would determine whether probiotics, in a given person, would impact their indigenous microbiome and human gene expression. The researchers could predict whether a person would be a persister or resister just by examining their baseline microbiome and gut gene expression profile.

They also found that stool only partially correlates with the microbiome functioning inside the body, so relying on stool as was done in previous studies for many years could be misleading.

“Although all of our probiotic-consuming volunteers showed probiotics in their stool, only some of them showed them in their gut, which is where they need to be,” says Segal. “If some people resist and only some people permit them, the benefits of the standard probiotics we all take can’t be as universal as we once thought. These results highlight the role of the gut microbiome in driving very specific clinical differences between people.”

In the second study, the researchers questioned whether patients should be taking probiotics to counter the effects of antibiotics, as they are often told to do in order to repopulate the gut microbiota after it’s cleared by antibiotic treatment. To look at this, 21 volunteers were given a course of antibiotics and then randomly assigned to one of three groups. The first was a “watch-and-wait” group that let their microbiome recover on its own. The second group was administered the same generic probiotics used in the first study. The third group was treated with an autologous fecal microbiome transplant (aFMT) made up of their own bacteria that had been collected before giving them the antibiotic.

After the antibiotics had cleared the way, the standard probiotics could easily colonize the gut of everyone in the second group, but to the team’s surprise, this probiotic colonization prevented the host’s normal microbiome and gut gene expression profile from returning to their normal state for months afterward. In contrast, the aFMT resulted in the third group’s native gut microbiome and gene program returning to normal within days.

“Contrary to the current dogma that probiotics are harmless and benefit everyone, these results reveal a new potential adverse side effect of probiotic use with antibiotics that might even bring long-term consequences,” Elinav says. “In contrast, replenishing the gut with one’s own microbes is a personalized mother-nature-designed treatment that led to a full reversal of the antibiotics’ effects.”

Segal adds, “This opens the door to diagnostics that would take us from an empiric universal consumption of probiotics, which appears useless in many cases, to one that is tailored to the individual and can be prescribed to different individuals based on their baseline features.”