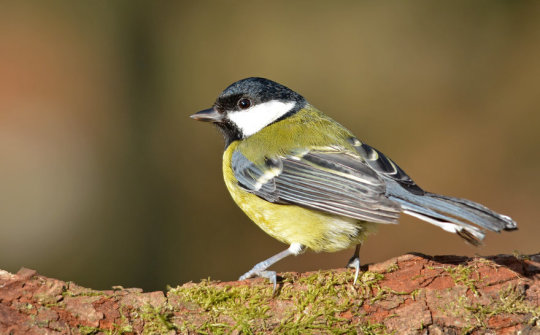 Biologists at Lund University in Sweden have in a recent study shown that the great tit, a common European songbird, has a tremendous capacity for self-control. Up to now, such impulse control has been primarily associated with larger cognitively advanced animals with far larger brains than the great tit. According to the new results, the great tits’ ability for self-control is almost the same as that of ravens and chimpanzees.

The results show that the great tits did the right thing and succeeded in eight of the first ten attempts, i.e. 80 per cent of the time. This is better than most other animals tested and is almost on a par with “intelligent” animals such as ravens and chimpanzees.

“It’s amazing that a bird with such a small brain has this type of self-control. The brain volume of a great tit corresponds to 3 per cent of a raven’s brain and 0.1 per cent of a chimpanzee’s,” says Anders Brodin, professor at the Department of Biology.

The study was conducted by Anders Brodin, in collaboration with colleagues Utku Urhan and Emil Isaksson. A few years ago, these Lund University biologists discovered another ability of great tits — an unusually high ability to learn and to remember by observing.

That study showed that great tits can sit and observe at a distance, and memorise where species that store food hide their treats. The study also showed that females generally outperform their male counterparts in this respect. In this study, the great tits were compared with their close relatives, the marsh tit and the willow tit. Unlike the marsh and willow tits, great tits do not store food to survive the winter. Instead, they can observe where their relatives hide their food and subsequently steal it.

“Great tits are very resourceful small birds. Now we know that they also have great self-control and can handle their impulses when they want to gain access to a reward such as food,” says Anders Brodin.