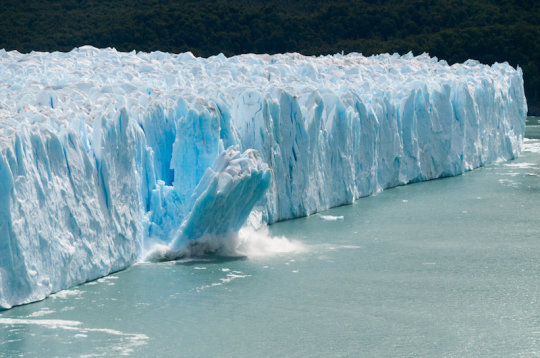 Researchers at the University of Oxford have confirmed that human activity and other external factors are responsible for the rise in global temperature. While this has been the consensus of the scientific community for a long time, uncertainty remained around how natural ocean-cycles might be influencing global warming over the course of multiple decades. The answer we can now give is: very little to none.

In a new study, published in the Journal of Climate, researchers at the Environmental Change Institute looked at observed ocean and land temperature data since 1850. Apart from human-induced factors such as greenhouse gas concentrations, other occurrences such as volcanic eruptions, solar activity and air pollution peaks were included in the analysis. The findings demonstrated that slow-acting ocean cycles do not explain the long-term changes in global temperature, which includes several decades of accelerated or slowed warming.

“We can now say with confidence that human factors like greenhouse gas emissions and particulate pollution, along with year-to-year changes brought on by natural phenomenon like volcanic eruptions or the El Niño, are sufficient to explain virtually all of the long-term changes in temperature,” says study lead author Dr Karsten Haustein. “The idea that oceans could have been driving the climate in a colder or warmer direction for multiple decades in the past, and therefore will do so in the future, is unlikely to be correct.”

The study showed that global warming that occurred during the ‘early warming’ period (1915 — 1945) was in fact caused by external factors as well. Formerly, it had been largely attributed to natural ocean temperature changes, which is why there has been uncertainty over how much of global warming is influenced by unpredictable natural factors.

“Our study showed that there are no hidden drivers of global mean temperature,” says co-author Dr Friederike Otto. “The temperature change we observe is due to the drivers we know. This sounds boring, but sometimes boring results are really important. In this case, it means we will not see any surprises when these drivers — such as gas emissions — change. In good news, this means when greenhouse gas concentrations go down, temperatures will do so as predicted; the bad news is there is nothing that saves us from temperatures going up as forecasted if we fail to drastically cut greenhouse gas emissions.”