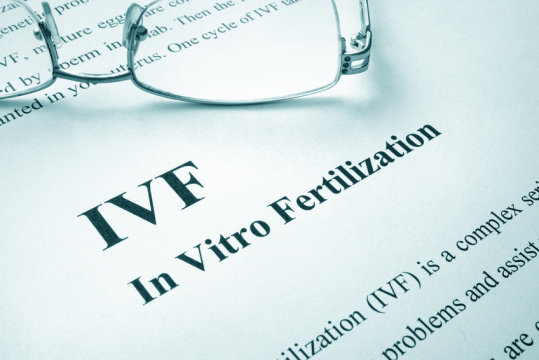 Forty years after the birth of Louise Brown, the world’s first test-tube baby, an international committee monitoring progress in assisted reproduction reports today that the global total of babies born as a result of IVF and other advanced fertility treatments is “more than 8 million.” (1) Dr David Adamson speaking at this congress on behalf of the International Committee for Monitoring ART (ICMART) said: “Based on ICMART’s annual collection of global IVF data, it is estimated that since Louise Brown’s birth in 1978 over 8 Million babies have been born from IVF around the world.”

The figure, calculated from data collected from regional registries from 1991 to 2014, represent another steep rise in the cumulative use of IVF in the treatment of infertility. Estimates are that more than a half million babies are now born each year from IVF and ICSI from more than 2 million treatment cycles performed.

In Europe, Spain remains the most active country in assisted reproduction. ESHRE has collected the national registry data of ART cycles performed in Europe since 1997 and for its latest report (for 2015) found that a record 119,875 treatment cycles were performed in Spain, which now sets the pace of European treatment ahead of Russia (110,723 cycles), Germany (96,512) and former front runner France (93.918). The cycles monitored by ESHRE include treatments with IVF, ICSI, and egg donation.(2)

The report covers a total of almost 800,000 treatment cycles performed in 2015 and 157,449 babies born — and represents the largest and most accurate snapshot of ART in Europe.(3) Dr Christian de Geyter, chairman of ESHRE’s European IVF Monitoring Consortium, will present the results today in Barcelona at the 34th Annual Meeting of ESHRE.

Dr de Geyter estimates that around 80% of all European assisted reproduction fertility treatments are included in the monitoring programme — but this year (ie, for 2015) without the data so far from the UK. The UK usually performs around 60,000 treatments a year.

“Success rates have stabilised,” said ESHRE’s EIM committee chairman Christian De Geyter, “although outcome in egg donation and with use of frozen embryos is still moving upwards. The biggest upwards movement, however, is from treatments with frozen eggs, which have been revolutionised by the widespread introduction of vitrification.”

Also gaining ground is embryo freezing. All embryos in 15% of all treatment cycles monitored in 2015 were frozen before thawing and transfer in a subsequent cycle. Uptake of this “freeze-all” approach increased by 7% on the previous year. Freezing by vitrification would also explain the increase in egg donation treatments, no doubt made possible by egg banking and the greater availability of donor eggs.

De Geyter also noted that the availability of assisted reproduction treatment remains very patchy in Europe, with Denmark and Belgium each offering more than 2500 treatment cycles per million population, while others (such as Austria and Italy) offer considerably fewer. A study calculated that the global need for advanced fertility treatments was around 1500 cycles per million population per year. “Only a minority of European countries meet this need,” said De Geyter.

1. Louise Brown, the world’s first IVF baby, was born on 25 July 1978 at Oldham General Hospital, UK. Her in vitro conception — with an egg collected from a natural cycle — was led by the Cambridge reproductive biologist Robert Edwards (a later founder of ESHRE) and the Oldham gynaecologist Patrick Steptoe.

2. The data collection and monitoring of ESHRE’s EIM Consortium have grown more complex with the progress of ART. IUI was added to the techniques monitored in 2002, while present data collections must include PGD, in vitro maturation, and frozen oocyte replacement. Collecting data on a single procedure is no longer a simple matter of recording a cycle, but must now acknowledge oocyte and/or embryo cryopreservation, transfer in a fresh or future (non-stimulated) cycle, and outcome, which may well be several years after the initial egg collection cycle.

3. The total number of cycles submitted to the ESHRE Consortium is now increasing by about 7% per year, meaning that the Consortium has monitored a cumulative total of almost 9 million cycles since its formation in 1997 and more than 1.6 million children born.