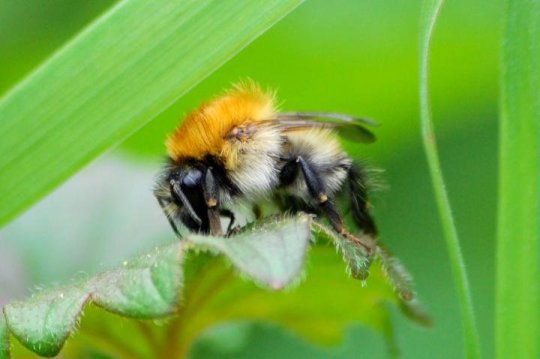 Data collected by Bumblebee Conservation Trust (BBCT) volunteers to assess the country’s changing bumblebee populations have been analysed in a new way for the first time at the University of Kent — and show mixed results about their decline, with cause for concern for two species.

Data was analysed for the five commonest species in the BBCT’s BeeWalk dataset. The two rarest species (Early Bumblebee Bombus pratorum and Red-tailed Bumblebee B. lapidarius) out of the five have declined since 2011 while the two commonest ones (Common Carder bumblebee B. pascuorum and Tree Bumblebee B. hypnorum) have increased. The Tree bumblebee, first found in the UK in 2001, has spread rapidly across the country.

Britain’s 25 bumblebee species are some of the nation’s favourite creatures and are also vital for the pollination of crops, garden plants and wildflowers. However, they have suffered huge declines over the past century: two species went extinct in the past 80 years, and eight species are endangered. These species were known to have declined in distribution over the long term but little was known about how bumblebee populations have changed more recently.

Hundreds of BeeWalk volunteers together walked nearly 5,000 kilometres each year to gather information about the numbers, species and caste (queens, workers or males) of the bumblebees they saw and identified.

Statistician Dr Eleni Matechou, of the Statistical Ecology at Kent group in the School of Mathematics, Statistics and Actuarial Science (SMSAS), devised new methodology to analyse the data collected by BeeWalk. The new statistical methodology uses the UK-wide aggregate data on bumblebee detections and provides important information on each of the bumblebee species, such as the average number of worker and queen bumblebees produced from each nest per year.

Dr Matechou says: ‘Volunteers do an impressive job at detecting bumblebees on their surveys and identifying their species and caste, when possible. The data collected so far have provided us with invaluable information on the state of UK bumblebee populations. However, if we had better data, we could decrease uncertainty around our estimates of population trends. We hope we can move this research forward by developing a dedicated BeeWalk smartphone app to help volunteers carry out their work thereby collecting even better-quality data and creating a new class of more sophisticated statistical models to analyse them.’