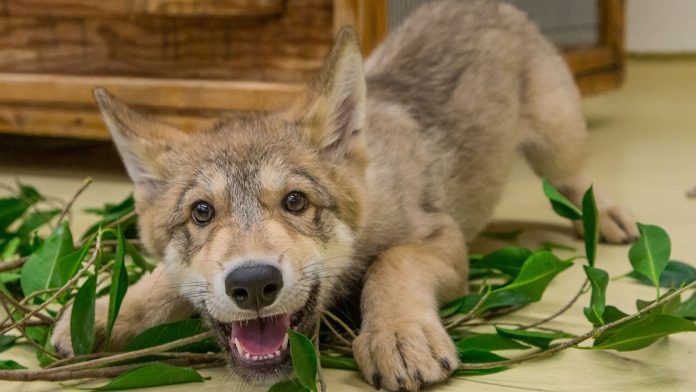 A new study from North Carolina State University suggests that people have more tolerance for wolves after seeing positive videos about them, which could make YouTube an important wolf conservation tool.

“One of the cool things about these results is that positive messaging was effective for changing people’s views. People had more positive attitudes, greater willingness to accept wolves, and were more likely to take action to help their conservation – no matter their political identity or their age – after watching positive videos,” said Nils Peterson, senior author of the study and a professor in NC State’s Department of Forestry and Environmental Resources.

“A lot of wildlife species we care about only need tolerance to persist in a landscape,” Peterson added. “They’re not domestic animals that need a lot of help from us. They just need us not to kill them or destroy their habitat.”

To measure their tolerance, researchers asked questions in three categories: they asked participants about their overall attitudes toward wolves, such as whether they thought wolves were “good” or “bad;” their level of acceptance of wolves in their state and near populated areas; and their intended behaviors, or whether they would be likely to act for or against wolves or their conservation.

“Everybody is on social media these days, including state wildlife agencies, federal agencies, nonprofits, and everybody is putting content out there,” said the study’s lead author Will Casola, a Ph.D. student at NC State. “This study shows that this material actually has the potential to influence people, and they’re not just putting time and resources into something that goes in one ear and out the other.”

However, people who identified as liberal were more likely than conservatives to show positive changes in favor of wolves in measures of attitudes, acceptance and intended behaviors regardless of the videos they watched.

“We didn’t see anything that would suggest people reacted differently to each video treatment depending on their political affiliation,” Casola said. “Instead, we saw that no matter which videos they watched, liberals were more likely to exhibit positive changes.”

The largest changes in tolerance were linked to older age. People above the age of 40, regardless of political background, were more likely to have larger changes in their attitudes for or against wolves.

While negative videos also led to decreased tolerance for wolves, this change was less dramatic.

Researchers focused on wolves since they can be controversial. While researchers said wolves are essential for maintaining a diversity of species in a landscape and improving the health of populations they prey on, they can also compete with people for space and resources, and can pose a risk for livestock.

Researchers said one unanswered question in their work is about how effective the videos were at reaching people who may not already agree with the underlying message.

“People are already asking the question: How do we get media to cross ideological bubbles that people have created?” Peterson said.

Note to editors: the abstract follows.

Abstract: The internet serves as a dominant source of information and may shape tolerance of wildlife species. Our experimental study examined how respondents’ tolerance for wolves (i.e., attitudes, acceptance, and behavior) changed after viewing wolf related YouTube videos. Respondents were randomly assigned to one of three video treatments where wolves were framed positively, neutrally (reference), or negatively. Video treatments aﬀected people’s tolerance of wolves: negative videos promoted declines in wolf tolerance and positive videos promoted increases in wolf tolerance. Political identiﬁcation impacted change in tolerance independent of treatment. We observed an interaction between age and political identiﬁcation, wherein older individuals at both ends of the political spectrum exhibited larger attitudinal responses than younger individuals, with older liberals becoming more positive and older conservatives more negative regardless of treatment. Our ﬁndings suggest the creation and dissemination of positive social media content may improve public tolerance toward controversial wildlife species like wolves.