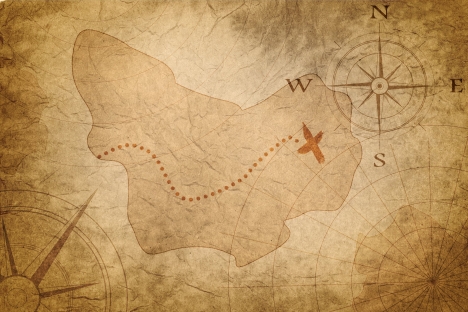 We are free to wander, but usually when we go somewhere it’s for a reason. In a new study, researchers at the Picower Institute for Learning and Memory at MIT show that as we pursue life’s prizes, a region of the brain tracks our location with an especially strong predilection for the location of the reward. This pragmatic bias of the lateral septum (LS) suggests it’s a linchpin in formulating goal-directed behavior.

“It appears that the lateral septum is, in a sense, ‘prioritizing’ reward-related spatial information,” says Hannah Wirtshafter, lead author of the study in eLife and a former graduate student in the MIT lab of senior author Matthew Wilson, the Sherman Fairchild Professor of Neurobiology at MIT. Wirtshafter is now a postdoc at Northwestern University.

Last year, Wirtshafter and Wilson, who has appointments in the Department of Biology and the Department of Brain and Cognitive Sciences, analyzed measurements of the electrical activity of hundreds of neurons in the LS and the hippocampus, a region known for encoding many forms of memory including spatial maps, as rats navigated a maze toward a reward. In Current Biology they reported that the LS directly encodes information about the speed and acceleration of the rats as they navigated through the environment.

The new study continued this analysis, finding that while the LS dedicates a much smaller proportion of its cells to encoding location than does the hippocampus, a much larger proportion of those cells respond when the rat is proximate to where the reward lies. Moreover, as rats scurried toward the reward point and back again within the H-shaped maze, the pace of their neural activity peaked closest to those reward locations, skewing the curve of their activity in association with where they could find a chocolate treat. Finally, they found that neural activity between the hippocampus and the LS was most highly correlated among cells that represented reward locations.

“Understanding how reward information is linked to memory and space through the hippocampus is crucial for our understanding of how we learn from experience, and this finding points to the role the lateral septum may play in that process,” Wilson says.

Specifically, Wilson and Wirtshafter interpret the results of the two studies to suggest that the LS plays a key role in helping to filter and convert raw information about location, speed, and acceleration coming in from regions such as the hippocampus into more reward-specific output for regions known to guide goal-directed behavior, such as the ventral tegmental area. In the paper, they discuss ways in which the hippocampus and the LS might be wired together to do so. They theorize that the LS might dedicate neurons to receiving reward-related location information from the hippocampus and might blend non-reward location information within neurons also tasked for processing other information, such as motion.

“This is supported by our previous work that shows somewhat overlapping populations of place-encoding and movement-encoding LS cells,” Wirtshafter says.

Though it’s easy for most of us to take the brain’s ability to facilitate navigation for granted, scientists study it for several reasons, Wirtshafter says.

“Elucidating brain mechanisms and circuits involved in navigation, memory, and planning may identify processes underlying impaired cognitive function in motor and memory diseases,” she says. “Additionally, knowledge of the principles of goal-directed behavior can also be used to model context-dependent brain behavior in machine models to further contribute to artificial intelligence development.”

The National Defense Science and Engineering Graduate Fellowship Program and the JPB Foundation provided funding for the study.