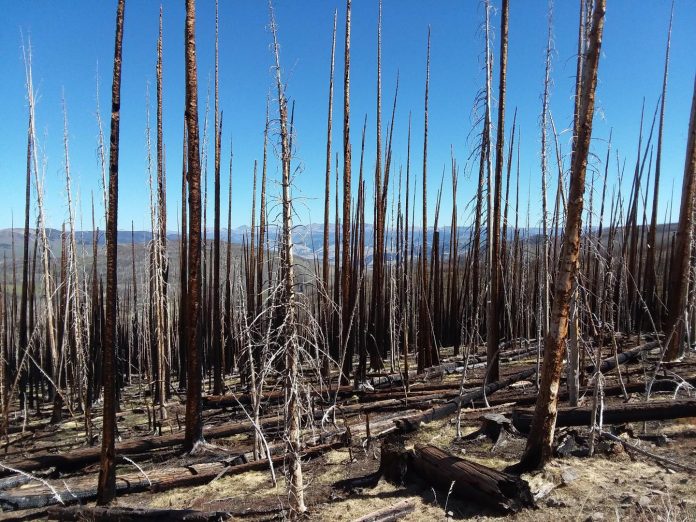 Results from a study published in the Journal of Biogeography indicate that wildfires may play a role in accelerating climate-driven species changes in mountain forests by compounding regional warming trends.

The study examined temperatures within forests in a region of Colorado that has experienced wildfires and spruce beetle outbreaks within the last 10 to 15 years. Researchers used a network of sensors to record temperatures for a full year in burned and beetle-impacted areas.

Burned areas were warmer than unburned forest. Conversely, canopy loss (the upper layer of trees) in unburned, beetle-killed forests resulted in slight cooling. This difference may be attributed to differing effects of each disturbance type on understory cover and residual canopy.

“We tend to assume that disturbances are going to catalyze climate change-driven forest declines, but we found that the type and severity of the disturbance matters,” said lead author Amanda Carlson, PhD, of Colorado State University. “Elevated temperatures in burned forests could indicate that trees will have a more difficult time re-establishing, but the fact that we did not observe amplified warming in beetle-killed stands could indicate that forests will be much more resilient to that type of disturbance.”