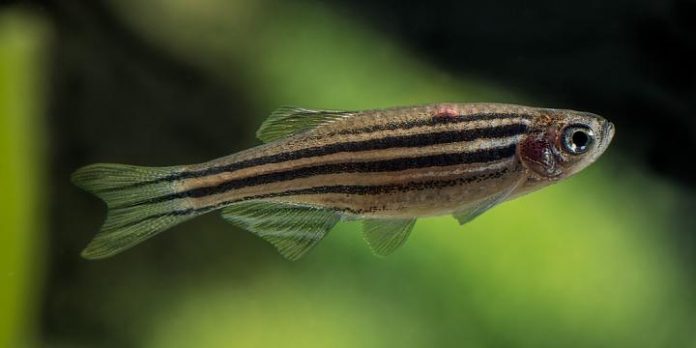 The world is getting warmer, and life has to adapt to new conditions. But if the warming continues, many species may have trouble keeping up.

“It looks like evolution is slower than global warming in this case,” says Fredrik Jutfelt, an associate professor at the Norwegian University of Science and Technology’s (NTNU) Department of Biology.

Jutfelt is a senior author of a new article in the Proceedings of the National Academy of Science, PNAS. He and his research group at NTNU have spent four years studying how a tropical fish species called zebrafish (Danio rerio) adapts to a warmer climate, especially with regard to extreme warm periods. Dr. Rachael Morgan, now at the University of Glasgow, is the lead author.

“This is the largest artificial evolution experiment that has been performed on vertebrates with a focus on heat tolerance,” says Jutfelt.

The research group used zebrafish that were caught in the wild for their experiments. The fish were then deliberately bred based on their ability to cope with the most extreme warm periods. The researchers followed roughly 20,000 individuals over six generations.

“We see that zebrafish can develop heat tolerance, and we have developed lines of zebrafish that can better withstand the heat. That’s good news,” Jutfelt says.

What’s impressive is that researchers have actually been able to measure evolutionary adaptation to a warmer world in vertebrates in the laboratory.

“The problem is that evolution takes many generations. Evolution only increased the heat tolerance in the fish by 0.04 degrees C per generation. This is slower than the warming experienced by many fish in many places,” Jutfelt said.

“Now the globe is warming so fast that the fish may not be able to adapt to the warmest periods efficiently enough,” Morgan said.

Evolution means that the individuals which are best adapted to environmental conditions produce more fertile offspring than other members of their species. Over several generations, these changes can accumulate and alter the species itself.

Particularly hot periods can harm some of the fish, or make them unable to reproduce. Above a certain temperature, most of the fish will die.

“How organisms adapt to these new conditions depends on their ability to withstand heat, to acclimatize, and the ability to pass on beneficial characteristics to the next generation,” Jutfelt says.

Evolution may not save species

One group of zebrafish also spent two weeks in warmer water prior to artificial selection, to see if evolution could increase their capacity to acclimatize. It did not.

“Instead, the greater the ability of the fish to cope with the worst warm periods, the more their ability to acclimate decreased. So the gain in the form of higher heat tolerance was partly offset by a lower ability to acclimate. All in all, the rate of evolution was probably faster under the conditions in our laboratory than in nature,” Morgan said.

“It’s unlikely that some zebrafish populations, and other tropical fish species, will be able to cope with the temperatures that the planet may experience by the end of this century. Some species that already live at the limit of what they can tolerate may not be saved by evolution. That is surprising and sad, and it means it is important that we stop warming the planet” Jutfelt said.