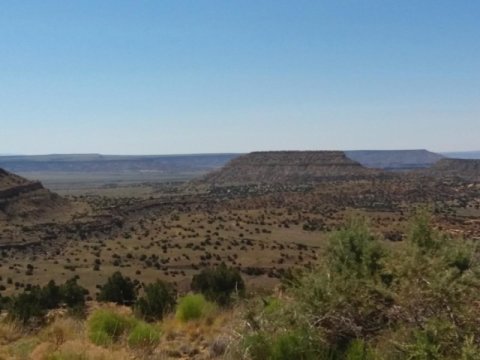 New Mexico contains hundreds of historic uranium mines. Although active uranium mining in the state has ceased, rates of cardiovascular and metabolic disease remain high in the population residing close to mines within the Navajo Nation. According to a new study in ACS’ journal Environmental Science & Technology Letters, inhaled uranium in dusts from the mines could be a factor.

Uranium ore is weakly radioactive, which could damage DNA and cause disease. However, the chemical toxicity of uranium may be a greater risk than its radioactivity. In laboratory studies, uranium that was depleted of its most radioactive isotope still caused DNA damage and cell death. Small particles of uranium-containing dust could be inhaled by people and penetrate deep within their lungs. But scientists haven’t studied whether uranium can leach from minerals in the dust into lung fluids and the bloodstream. So Gayan Rubasinghege and colleagues wanted to determine if uranium in dust samples from a mining region in New Mexico could dissolve in simulated lung fluids.

To find out, the researchers collected airborne dust samples from five sites near uranium mines close to communities. They identified minerals in the dust samples, which varied by location. All of the dust samples contained one or more uranium-containing minerals, such as uraninite or carnotite. Then, the researchers exposed two simulated lung fluids — one that mimics the fluid that surrounds lung cells, and another that simulates the acidic environment in lung immune cells that engulf dust particles — to the dust and measured the amounts of uranium dissolved in each fluid. The mineral composition of the dust influenced its solubility, with some minerals dissolving more readily in one fluid than the other. These results indicate that toxicological assessments of mining lands should focus on specific sites, instead of making broad generalizations, the researchers say.