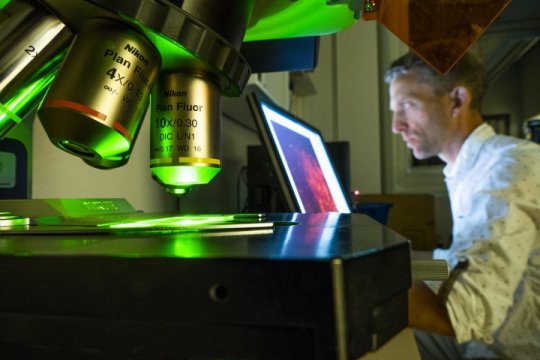 The brains of both humans and other animals have circuits that connect powerful impressions from the senses to positive or negative feelings — a function that is necessary for survival. These circuits drive the organism to seek things that increases the probability of survival and reproduction, such as food and sex, since these produce pleasure. Along the same line, the evaluation helps animals to avoid harmful things and situations, linked to feelings of unease and depression. The signal circuits in the brain that regulate our experience of positive and negative are also activated by disease. During long-term disease, such as chronic inflammatory diseases, cancer and depression, the system can cause huge suffering by negatively affecting motivation and mood.

The research group led by David Engblom at Linköping University has previously discovered a mechanism that explains why inflammatory diseases lead to unease and depressive symptoms. In the new study, the researchers were interested in a specific type of receptor, the melanocortin 4 receptor, found on certain nerve cells. They studied mice that lacked melanocortin 4 receptors and examined how the animals reacted to inflammation.

“Normal mice avoid an environment that they associate with becoming sick, if they can choose between it and another place. Mice that lack the melanocortin 4 receptor behave in the opposite manner, and are attracted to such environments, as if they liked the inflammation,” says David Engblom, associate professor at the Department of Clinical and Experimental Medicine and head of the study.

Other things that normal mice and people experience as uncomfortable, such as nausea, also caused the mice to seek out an environment that they associated with such experiences. The behaviour of the animals surprised the researchers.

“We have previously seen that removal of specific receptors in the brain can make animals indifferent to inflammation. But I’ve never before seen a switch from being associated with punishment to reward,” says David Engblom.

One of the key components of the reward system is the signal substance dopamine, which acts as a chemical messenger between nerve cells. Dopamine stimulates motivation and causes animals and humans to exert themselves to achieve anything that is experienced as rewarding. When the researchers examined the dopamine-based signalling in the brain, they saw that the dopamine level in normal mice fell in the reward centre of the brain when the animals experienced something unpleasant. In contrast, it increased slightly in the mice that lacked melanocortin 4 receptors.

It is too early to say whether the mechanism acts in the same way in humans. During long-term disease, patients often feel bad due to a combination of pain, nausea and inflammation. This means that it may be interesting to study the melanocortin 4 receptor in more depth, since it seems to be involved in many types of unease and discomfort.