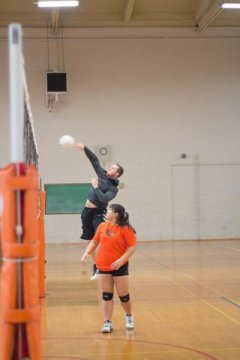 “When there is no requirement but the courses are available as electives, the students who take the courses tend to be those who are already active and motivated. Those students already have an affinity toward physical activity and the institution supports it,” said Brad Cardinal, a kinesiology professor in the College of Public Health and Human Sciences at OSU. “That neglects a large group of students who are inactive and unmotivated and who could benefit immensely from such coursework.”

The results were published recently in the Journal of American College Health. The study’s co-author is MooSong Kim, who worked on the study as a doctoral student at OSU and is now on the faculty at Northeastern State University in Oklahoma.

Past research has shown that physical activity levels tend to decline rapidly as students transition from high school to college and beyond, even though physical activity offers a range of health and other benefits, and habits made or sustained in college tend to follow people into their adult lives.

“Past studies have shown that having a requirement in college is beneficial down the road,” Cardinal said. “Essentially, those studies — including some of our own at OSU — show that students who aren’t physically active in college tend to remain inactive later in life.”

In a nationwide study published in 2012, Cardinal and colleagues found that fewer than 40 percent of U.S. colleges and universities require students to complete any physical activity education requirements to earn an undergraduate degree, despite a push by physical education organizations and national health agencies concerned about the health implications of a lack of physical activity.

Cardinal and Kim wanted to better understand the impacts of a physical education requirement policy. In their study, they compared exercise motivation, competence and activity levels for students at two universities — one with a physical activity requirement and one without — to see how policies requiring physical activity coursework might affect students’ behavior.

“We found that those who are unmotivated may not be too happy about the requirement initially, but some of them actually cross over and become more motivated to continue with the physical activity,” Cardinal said.

He supports a physical activity policy that includes a required academic course focusing on lifetime fitness for health in conjunction with a quality physical activity education course component that focuses on skill acquisition, development and fun, ranging from adventure sports to Zumba dance and everything in between. That is the type of policy in place at Oregon State.

“This combination teaches the concept of lifetime fitness for health, and the understanding of how and why to be physically active, as well as the instruction in physical activity education so students feel confident in their ability to continue being active after the course is complete,” Cardinal said. “That combination seems to have the best carry-over value.”

While some may bristle at the idea of a blanket requirement, such a policy could actually provide more equitable access for all students, rather than just reaching those who already are inclined to participate, Cardinal suggested.

“If we’re offering the programs to everyone, then everyone has the opportunity to learn about the potential benefits of physical activity,” he said. “We know that regular physical activity participation is good for health, has cognitive benefits and it stimulates creativity. As such, it is hard to make a compelling case that it should not be required.”

“It is not just the students who benefit,” Cardinal added. “Society benefits, too. For example, a 2016 study publishing in the Journal of the American Heart Association found that adults who met the national physical activity guidelines saved $2,500 per year annually on medical expenses.”