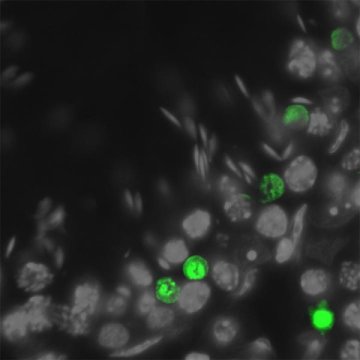 Researchers from the Department of Cell Biology, Physiology and Immunology and the Institute for Biotechnology and Biomedicine of the Universitat Autònoma de Barcelona (IBB-UAB) have unmasked the functioning of a protein involved in DNA repair, ATR, in the meiotic recombination process which takes place during the development of spermatocytes — sperm precursor cells- and how inhibiting this protein causes anomalies which block spermatogenesis.

Sperm and ova are formed through a process of cell division known as meiosis. Both types of cells are haploid gametes, i.e., only containing one copy of each chromosome. In this process, two rounds of cell division reduce the number of chromosomes by half, thus guaranteeing the correct amount of chromosomes of the species after fertilisation. During the first division, DNA double strand breaks are produced deliberately and are then repaired through meiotic recombination. This leads to homologous chromosomes pairing and exchanging of genetic material between both. Errors in these processes can cause problems in the integrity of the genome, thus generating defective sperm or ova.

“Thanks to the use of mice with deficiencies in their ATR expression and drugs inhibiting this protein, we were able to demonstrate that the protein is essential for properly completing the meiotic recombination in spermatocytes acting in the very early stages,” Ignasi Roig explains.

The study verified that ATR is needed for the correct recruitment of two proteins, RAD51 and DMC1, involved in the genetic repair process in single-stranded DNA regions created through the processing of DNA double strand breaks originated at the onset of meiosis.

“Spermatocytes with reduced amounts of ATR, or treated with inhibitors, present problems in homologous chromosomes pairing, as well as when repairing broken DNA strands and in the correct formation of the genetic material exchanged between homologous chromosomes, which is indispensable for the correct formation of sperm. This accumulation of anomalies causes a halt in cell progression and induces a programmed cell death, generating a block in spermatogenesis,” Roig concludes.

“The identification of the ATR’s function in meiotic recombination represents a large advance in the field of mammalian meiosis, given that researchers can finally establish its role in DNA repair in spermatocytes using genetic and pharmacological tools,” lead author Sarai Pacheco states.

Since the end of the 1990s it is known that ATR is found in spermatocytes, located alongside other proteins which participate in the meiotic recombination process. This led researchers to think the protein was also involved in the process. The fact that it is essential for the embryonic development of mammals has made it difficult until now to study it.

Finally, the study alerts of the possible side effects of using ATR inhibitor drugs in humans, which are currently being studied as possible anti-cancer treatment drugs. Researchers suggest that they may provoke a block in the production of sperm, and therefore, at least temporarily, cause a decline in male fertility.

Materials provided by Universitat Autonoma de Barcelona. Note: Content may be edited for style and length.